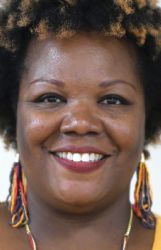 The Dispatch inadvertently failed to include Clinkscales in the list of candidates when qualifying closed on Sept. 4.

Clinkscales, 45, an attorney, is the director of Community Recovery of Lowndes County, a volunteer group formed to assist victims of the Feb. 23 tornado and flooding.

She served as a municipal court judge from 2010 until 2015. She also served as a drug court judge during that period, resigning those positions to run for a seat in the Mississippi House of Representatives.

She turned in her qualifying documents less than an hour before the 5 p.m. deadline Sept. 4.

"Actually, I did struggle with the decision, even though I picked up the papers two weeks before," Clinkscales said. "To be honest, I was still trying to decide if this was what God wants me to do. I just kept being pushed, not only by citizens, but just that urge, that knowing that we need positive change and a good strong leader. I'm prepared to do that."

Clinkscales said she feels a strong leader is needed to represent Ward 1.

"The lack of access is a problem," she said. "We are kind of quarantined off by the railroad. We have no gas stations on this side of town, for example. Sandfield is an area that has not had a lot of attention. I'd like to see a park or recreation facilities, something for the community. Those are the kinds of things that are specific to that area that I'd like to see addressed."