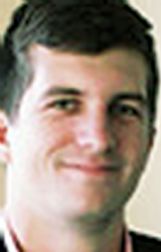 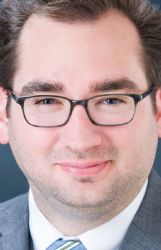 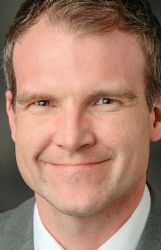 Starkville-based learning management system CampusKnot received state funding earlier this year for a pilot program to implement its software in high schools throughout the state -- including West Point and, possibly, Columbus high schools.

CampusKnot has primarily worked with institutions of higher education since its founding in 2013. It was started by a group of Mississippi State University students -- Rahul Gopal, Hiten Patel, Perceus Mody from India and Katja Walter from Germany -- who launched it at the university's Center for Entrepreneurship and Innovation in the College of Business. It was based in MSU's business incubator building at the Thad Cochran Research, Technology and Economic Development Park and now operates out of an office downtown and has an office in India.

CampusKnot's goal is to use mobile devices and social media-like collaboration to "modernize Mississippi classrooms" and bridge generation gaps between students and teachers or professors, VanCourt said.

"Generation Z students are consuming and distributing information differently, so if we have teachers that are just used to email, pencil and paper, they're not going to be as plugged in with the students and their needs as they would have in the past," he said.

The technology gap between students and teachers is constantly changing, Chapman said.

"Students are coming in with new ideas and things that they're learning all the time," he said. "We do have a group of young teachers who are aware of a lot of the technology, but the seasoned teachers (might need help) getting that understanding of how it can be used for instructional purposes."

A way to analyze data

Some West Point High School teachers have used learning management systems such as Canvas and Google Classroom before, but the district has not used Schoology, so a program like CampusKnot is new to its students, Information Technology Director Mechelle Welch said.

Twelfth-grade zoology teacher Christopher Frazier started using CampusKnot before it was implemented schoolwide and said it's easy for students to navigate. The software is going to integrate with SAM Spectra, the gradebook and attendance monitoring program the district uses, Frazier said.

His favorite aspect of CampusKnot at the moment is the poll function he can use to determine if students are absorbing and understanding the current lesson. He can send them all a question or series of questions, in or out of class, and the software makes it easy to analyze their answers quickly, he said.

"All education is kind of steering itself toward getting this compiled data to create a profile and figure out what you need to do to better educate your group of students," Frazier said. "If you can eliminate some of the flipping back and forth and doing the same thing multiple times, it allows you to actually spend more time teaching and generating lessons."

Frazier used Google Classroom for a few years but was eager to switch to a new learning management system, he said. State Attorney General Jim Hood sued Google, Inc. in Lowndes County Chancery Court in January 2017 alleging the California-based tech company was targeting advertisements toward school children who used its G Suite for Education (GSFE) platform in violation of both Mississippi law and Google's own policies. The suit is still ongoing.

The West Point Consolidated School District will evaluate CampusKnot throughout the school year and decide if it will continue using it, Welch said.

CHS teachers have been through one day of CampusKnot training but will need more in order to decide if they want to adopt the program or stick with Schoology, since the two are so similar, Chapman said. Teachers need to be sure that CampusKnot will work for them in ways Schoology does not and that it won't be a setback to their instructing capacity, he said.

Schoology puts all of a classroom's digital resources in one place and allows teachers to communicate with both students and parents, he said.

"It's a great teaching tool for us to have," Chapman said.

CampusKnot always had the goal of expanding into high schools, and it is simultaneously increasing its presence in colleges, including MSU, VanCourt said. It has worked with University of Mississippi, University of Southern Mississippi and other universities in surrounding states.

"It's hard to pinpoint their rate of growth at an institutional level, but by word of mouth, I've heard that they are actively growing and expanding," Hill said.

MSU Assistant Professor of Management Benjamin McLarty has been using CampusKnot in his Principles of Management lecture for two years. Like Frazier, he said the poll function is useful for engaging students in the course material. He also uses CampusKnot to take attendance during class as an incentive for students not to leave the lecture hall early, and the program's social media discussion and calendar functions are also handy, he said.

"I've gotten a lot out of it, and I like to use it because it started here in our entrepreneurship center," McLarty said. "It's Mississippi State homegrown and I would like for them to be a successful business."