Accused murderer mistakenly released from custody turns himself in 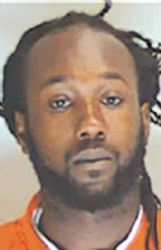 A Lowndes County murder suspect who was mistakenly released from Mississippi Department of Corrections custody last week has turned himself in.

Lowndes County deputies arrested Joshua Murry, 28, in August 2018 for the murder of 24-year-old Starkville resident Jarrel Ward. Murry was supposed to have been held in law enforcement custody without bond pending his trial.

At the time of his arrest, Murry was on probation for a 2015 marijuana conviction. His murder arrest led to Murry being sent to MDOC custody where he was held at Central Mississippi Correctional Facility in Rankin County. He was scheduled to again be released on parole for the marijuana conviction on Oct. 9.

District Attorney Scott Colom said normally in such a case, there would be a hold placed on the inmate and instead of being released, Murry would have been taken back to Lowndes County Adult Detention Center pending murder charge. Instead, Murry was released from MDOC custody on Wednesday.

Colom said Murry spoke to his attorney and turned himself in to Lowndes County Sheriff's Office the next day.

"He was literally out of jail for a day, or a day and a half," Colom said.

Colom said his office is looking into how Murry was allowed to be released and that he doesn't know yet whether the hold had been in place and MDOC officials overlooked it or whether LCSO officials failed to notify them of the hold in the first place.

"He was arraigned (on the murder charge) and sent back with the arraignment, so (MDOC officials) knew he had a pending charge," he said.

"Procedurally we notify county officials when an inmate is about to be released," she said. " ... We did not get any, no feedback, nothing to indicate that we should not release this individual."

Murry was indicted for Ward's murder in February. He was also charged in September 2018 with conspiracy to commit a crime after he and his girlfriend, Shanice Nottage, 26, attempted to break him from Lowndes County jail by having Nottage impersonate a Mississippi Department of Corrections officer and pretend to take him into custody.