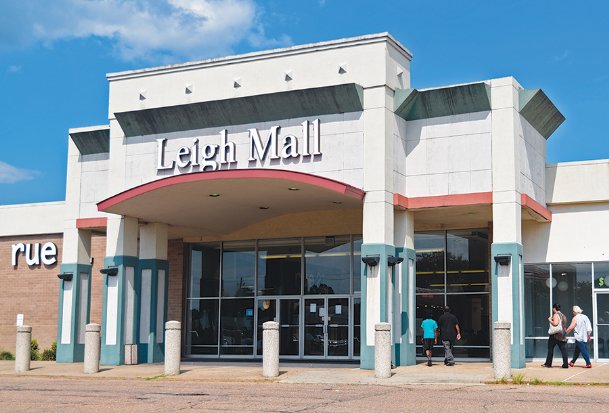 A winning bid of $3.5 million purchased Leigh Mall through an online auction that ended Thursday afternoon.

The bid exceeded the reserve, which is the minimum bid necessary to require the sellers to accept. The high bidder's identity, however, will likely be withheld from public disclosure until after the formal close of the sale, which could be several weeks.

The sale includes more than 30 acres of property and more than 300,000 square feet of existing retail space.

Colony Financial took ownership of Leigh Mall from Security National Properties in 2018 after SNP defaulted on a $34.7 million loan for which the mall was one of dozens of properties put up as collateral.

Leigh Mall, built in 1973 off Highway 45 North, is only 57-percent occupied, with original anchors JCPenney and Sears both vacated. Hobby Lobby, Planet Fitness, Books-a-Million and other tenants remain.

In 2018, Lowndes County Tax Assessor/Collector Greg Andrews valued the mall property, including all of its businesses, at $12 million to $18 million.

The Dispatch attempted to contact representatives with Colliers and Ten-X to determine how many bidders participated in the auction and what city the winning bidder is located. Those calls were unreturned by press time.

Bidding opened at 11 a.m. Tuesday, with the opening bid set at $1.5 million. Activity was stagnant for most of the next two days, with the high bid sitting at $1.9 million up until about 10 minutes before the auction was scheduled to end at 3 p.m. Thursday. A bid of $2.35 million was the first to meet the reserve Colony Financial had set for selling the property, and the auction extended slightly past the set deadline to accommodate last-minute bids before the $3.5 million entry was deemed the winner.