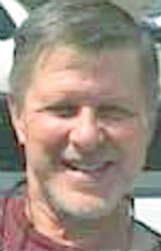 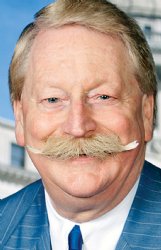 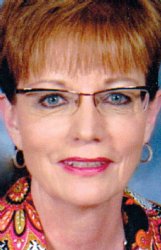 Lowndes County School Board is planning a forum next month to interview superintendent finalists, but only 15 selected members of the public are invited.

The board plans to meet at 5:30 p.m. Nov. 12 in the district's central office to interview the final two to four applicants for superintendent. According to a district email The Dispatch received Monday, each of the board's five members will select three residents from their respective elected districts to attend and assist in the process.

Those 15 citizens, along with the LCSD board, will ask superintendent finalists questions. The citizen panel also will "grade" the candidates' responses and provide feedback to the board, president Robert Barksdale said.

However, Barksdale added, the general public will be barred from the forum, unless the board changes its mind during a special-call meeting set for Oct. 29.

"That's what we're planning at this time," Barksdale told The Dispatch this morning. "On (Oct. 29), I'm sure we'll discuss it further."

The public can anonymously submit questions for the panel and board to potentially ask the finalists during the forum.

At the board's special-call meeting Oct. 29 -- also set for 5:30 p.m. at central office -- members will schedule times for board interviews with the seven semifinalist applicants, one of which is sitting superintendent Lynn Wright. From those interviews, which Barksdale said would likely span the first week of November, the board will select finalists to move on to the forum.

LCSD's board contracted with the Mississippi School Boards Association to facilitate the superintendent search, and the hire will become the district's first board-appointed, rather than voter-elected, superintendent. Prior to a law passed in 2016, counties could choose whether to select a superintendent by election or board appointment. Under the new law, which takes effect Jan. 1, all superintendents must be board-appointed.

Wright, first elected in 2011, will complete his second four-year elected term as superintendent on Dec. 31. The board plans to announce a hire in November and, if it's not Wright, the new superintendent will start work in January.

Board Attorney Jeff Smith said MSBA representatives "suggested" the "limited public forum" and claims it is allowable under the Mississippi Public Meetings Act since it's a personnel matter that can be held in executive session. The Dispatch is consulting its own attorney as to whether the forum's planned format is legal.

"Some of the candidates have not told their employers they are interviewing," Smith told The Dispatch in a text message. "By bringing in 15 members of the public, it allows the public a limited view or access to the questions. If the board wanted to, they could just exclude those 15 also."

Or, as board member Brian Clark said he prefers, the forum could be open for the public to attend.

"I think we need to have this forum in a structured public meeting," Clark told The Dispatch. "Maybe these 15 people (the citizen panel) and the board asks questions, and the public is there in the background."

Tommye Henderson, superintendent search consultant with MSBA, said she did not recommend the "limited forum" format to the board. In fact, she told The Dispatch, in her two-plus years working with MSBA, she's never seen that done.

"The forums (for searches) I've been involved with have all been open to the public," Henderson said. "This may be something that was done before I started here, though. ... School boards aren't required to have a forum for superintendent searches, and not all school boards choose to have them."

Henderson said she believes allowing the general public to submit questions for the forum shows the LCSD board is trying to keep the public involved in the process.

"The stakeholders need to be aware this is a stressful time for the board," she said. "They're deciding who the next leader of the district will be, and they are appointing a superintendent for the first time. They are working very hard trying to get everything right. I think people need to respect that."

Questions for the forum should be emailed to [email protected] by Nov. 7.