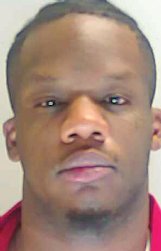 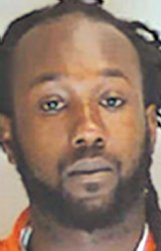 A murder suspect who should have been in Lowndes County Adult Detention Center was allowed to roam free for several days because of a clerical error at the local jail.

It was the second Lowndes murder suspect in less than a month who was temporarily freed under similar circumstances.

Malcolm Hill, 26, was located in Foley, Alabama, on Oct. 30, five days after the Mississippi Department of Corrections released him from custody, according to a Lowndes County Sheriff's Office press release issued Monday. He was booked back into LCADC on Saturday.

Hill, along with girlfriend Victoria Slayton, 24, was charged with capital murder in October 2018 for allegedly robbing and killing 34-year-old Markcus Pate in the victim's 11th Street South apartment. Hill, who was out on parole for burglary and larceny charges at the time of Tate's death, was returned to MDOC on a parole revocation and was denied bond for the capital murder charge.

However, when Lowndes County transferred Hill to MDOC custody, there wasn't a detainer -- a document requesting he be sent back to LCADC when he was released from MDOC -- placed on him as there should have been, the press release said. So when MDOC freed Hill on Oct. 25 on the older charges, there was no record indicating he should be returned to Lowndes County on the pending murder count.

According to Monday's press release, the Lowndes jail staff member responsible for filing the detainer paperwork is no longer employed there, and jail officials are investigating communication failures and deficiencies that led to Hill's release. They also are "going back on a case by case basis" to ensure proper detainer documentation has been filed for any other suspect for whom it would apply.

Capt. Ryan Rickert, LCADC administrator, declined to comment to The Dispatch this morning beyond what was included in the press release.

LCADC also failed to file a detainer on Joshua Murry, 28, a murder suspect in a separate case whom MDOC released from custody on Oct. 9, according to previous reporting by The Dispatch. He turned himself in to LCADC a day later.

Murry was arrested in August 2018 for the murder of Starkville resident Jarrel Ward. At the time of Ward's death, the suspect was out on parole for a 2015 marijuana charge. Murry was denied bond on the murder charge and his parole revoked, so he was sent back to MDOC.

Both Hill and Murry served their MDOC time in the Central Mississippi Correctional Facility in Rankin County.