Colom stepping down as Boys and Girls Club director 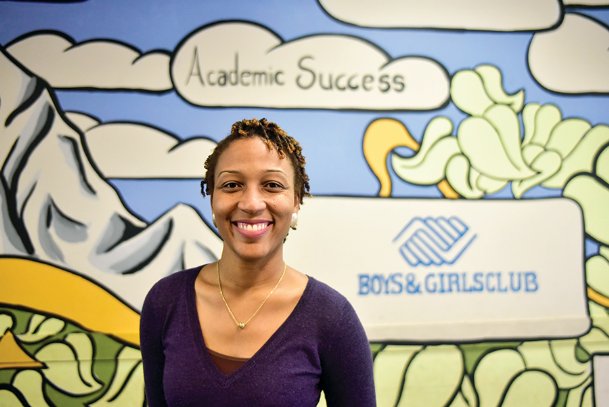 Nadia Colom will leave her position with the Boys and Girls Club of the Golden Triangle in December after seven years of service, the last six as its executive director. Her tenure is marked by growth throughout the programs, including expansion into West Point in 2018 and two major capital projects still in the works. Colom is leaving to be a stay-at-home mom to her daughters, 3-year-old Luci and 1-year-old Brooklyn. Photo by: Dispatch file photo

When Nadia Colom first accepted a job with the Columbus Boys and Girls Club, there were a lot of big reasons it was a perfect fit.

Now, there are two little reasons she is leaving.

Colom confirmed Wednesday that she has turned in her letter of resignation to the Boys and Girls Club of the Golden Triangle Board of Directors after seven years with the organization, the last six as its executive director.

She leaves on good terms, with an impressive list of achievements and some significant goals left to complete, but ultimately it was those two little reasons -- her daughters, Luci, 3, and Brooklyn, 1 -- that led to her decision.

"I want to spend time with the girls," she said. "I come from a long line of worker bees and I'm sure I'll find my way back into something. But right now, it just feels like being with my girls is what I should be doing."

Her decision to leave the Boys and Girls Club is personal, which can also be said of her tenure with the club.

"It almost feels like it was pre-ordained," she said. "You can look at some of my journals from grade school. Even then, working with children was what I wanted to do."

While working toward her master's degree at New York University, Colom worked with after-school programs there.

"I felt so guilty," she said. "I kept thinking, 'I should be doing this back home.'"

After returning home, she took a job with the Columbus Municipal School District, where she was in charge of the high school's college and career program through a federal grant.

After the grant expired, Colom was hired as director for the Columbus Boys and Girls Club, then took over as executive director for all the Golden Triangle clubs in September 2013, replacing Joyce Ellenwood, who left for a job in Florida.

During her tenure, the club has grown in just about every way imaginable -- more kids in the programs, more federal grants and donations, establishing an annual giving program, an expansion that opened a club in West Point in June 2018 and increased training and key staff additions, including a full-time grant writer who Colom said has been a godsend for the nonprofit. Under her leadership, the club also formed a mentorship program with the Mississippi School for Math and Sciene.

Board members old and new heaped praise on Colom for her work.

"She's done an oustanding job for us, and has been invaluable in helping the club grow," said current board president Roger Bentinck-Smith. "She's got such a positive attitude and works so well with the board and staff. As far as the public side of it, she's been a great ambassador for the club."

Roy Ruby, the board president when Colom was hired, said the club hit a home-run when it hired her in 2012.

"Nadia is an excellent leader," Ruby said. "She's very intelligent, hardworking, exactly what the Boys and Girls Club needed. She was above all expectations."

The club is currently working on two major capital improvement projects -- one in Starkville, where it is working with Oktibbeha County and Starkville officials to renovate and expand the J.L. King Center with plans to relocate the club from its current location to a bigger building with kitchen facilities -- and the other in West Point, where the club is working with West Point schools to renovate and expand Northside School to accommodate growth there.

Of all the accomplishments, one that resonates most with the "mom" in Colom is the addition of the club's nutrition program in Columbus, one she hopes will soon be extended to the other clubs.

"When I got here, I was driving back and forth to Tupelo to Sam's Club to get snacks for the children," she said. "Kids are hungry when they get in from school. We had staff making $7.25 an hour part-time, using their own money to go to Walmart to buy snacks. I knew we had to do something about that."

Today, children at the Columbus club not only get snacks, but hot meals in both the after-school and summer programs.

Today, the club has a total of 697 registered kids and an average daily attendance of 311 among the three clubs. She said the growth of the club was very much a team effort.

"One of the strengths has been the staff," she said. "That was the first thing I noticed when I started. They were committed to these kids. Then, the board. I don't think most people walk into a situation like I did with a board. I had great support from the start and built some great relationships. I think that's probably going to be one of the toughest parts of separating myself from the club. Those relationships you build with board members over the years. They mean so much to me."

Colom said she's confident the next director will be able to hit the ground running.

"There are some serious challenges. Funding is down statewide and any nonprofit has challenges with funding," she said. "But I do feel a sense of optimism. The next leader will have systems in place and the people around them needed to get to another level."

Colom said that although she will officially end her duties in December, she hopes to help as the club continues work on the projects in Starkville and West Point as well as a plan to create a separate space at the Columbus Club for a teen center.

"I don't want the club to lose the momentum it's built with these projects," she said. "I'd like to stick around and help with that as it moves forward."

Ruby said Colom will be a tough act to follow.

"She can't be replaced," Ruby said. "Somebody will do the job, but nobody will replace her. She was just that good."