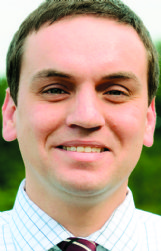 At its regular meeting Monday, Columbus Municipal School District Board of Trustees unanimously approved a memorandum of understanding (MOU) with Columbus Light and Water to provide free internet access for students at their homes.

The MOU officially gives CLW the go-ahead to develop WiFi hot spots in student high density areas so they can "access internet learning and testing materials, prepare and submit homework online and other related actions intended to further student educational learning and performance," the MOU states.

CMSD board members initially came up with the idea a year ago to pay CLW to use its existing fiber optic cable network to provide internet throughout the district. CLW plans to broadcast the district's internet from five sites: the Boys and Girls building on 14th Avenue North; the Townsend, Propst Park and Sandfield community centers; and East Columbus Gym.

CLW manager Todd Gale said he has already approved the MOU and that the next step is for CLW to hire an engineer to conduct a propagation study, which will ensure each of those sites can provide adequate coverage for the district's needs.

Though cost estimates are still preliminary, Spears and district Superintendent Cherie Labat previously told The Dispatch the total cost would be $160,000 over five years, which the district will pay at $1,500 per month.

Spears told The Dispatch district officials hope to have the hot spots set up by the beginning of the 2020-21 school year.