Man who allegedly shot at preacher indicted for assault 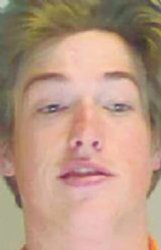 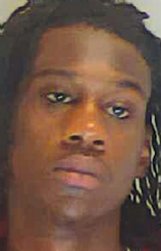 A man accused of shooting at a preacher earlier this year has been indicted for aggravated assault.

James Garrett Taylor, 22, was arrested in June. According to authorities at the time of the arrest, he had been driving recklessly in a church parking lot off Jess Lyons Road when the victim, a preacher at the church, went outside and confronted him. At that time, Taylor allegedly pointed a gun out the window of the vehicle and fired a shot at the victim.

The preacher was not injured.

Taylor's indictment -- or formal charge -- is one of several that a Lowndes County grand jury returned prior to the circuit court term that began Tuesday. Also served with an indictment was Devin Deshon Tate, 22, one of three suspects arrested in a robbery that occurred in July. Tate was indicted on two counts of armed robbery. The other two suspects, Terrius Montai Armistad and Kajarius Deon Anderson, have not been indicted.

According to his indictment, Tate robbed two different people at gunpoint on July 9. In the first count, he is accused of "taking or attempting to take" a 2005 white Chrysler 300 and a cell phone, and in the second, he is accused of taking money.

According to previous reporting by The Dispatch, the robbery occurred at a home on Byrnes Circle in Columbus after one of the victims let the suspects into the residence.

The grand jury also indicted Harry Lee Brewer, 52, for aggravated assault after he allegedly cut another man's throat with a knife, according to court documents.

James Earnest Peoples, 42, was indicted for sexual battery. According to the indictment, he is accused of assaulting a 12-year-old in March.