District Attorney Scott Colom speaks during a press conference at Noxubee County Courthouse Wednesday. Colom asked to continue the capital murder trial of Jonathan Shumaker, who is accused of killing Kristopher Haywood in March 2015, after new evidence came to light suggesting Shumaker could not have been at the scene of the crime at the time of Haywood's murder.
Photo by: Isabelle Altman/Dispatch Staff 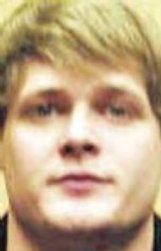 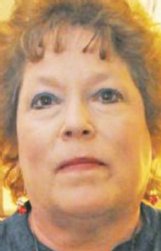 MACON -- District Attorney Scott Colom has asked to continue the capital murder trial of a Shuqualak man accused of killing a Macon gas station attendant in 2015 after new evidence came to light suggesting the suspect was 13 miles away when the murder occurred.

At a press conference Colom called at the Noxubee County Courthouse Wednesday, he told reporters he would ask the court to release Jonathan Shumaker, 28, on bond while Colom's office hires a private investigator to gather further evidence in the case. Colom will also ask that three other suspects in the case, Elizabeth Reed and brothers Justin and Joshua Williams, be released on bond.

Shumaker has been in jail since March 2015, days after the murder of Kristopher Haywood, 28. Haywood was shot multiple times at about 10:30 p.m. on March 2 while working at the Local Express Station on Jackson Street in Macon and died two days later at the University of Mississippi Medical Center in Jackson.

Shumaker's attorney, Shane Tompkins of Columbus, filed a speedy trial motion in the case, and Shumaker was set to go to trial next week. But Colom said Shumaker agreed to the continuance on the condition that he be released. Colom said the release on bond will come with several conditions, including that Shumaker must wear an ankle bracelet.

Colom said among the evidence gathered in the case was a cell phone with voice recordings of Shumaker rapping with a handful of other people in Shuqualak five minutes after the 911 call reporting Haywood's murder.

"The investigation's not over until it's over," Colom said. "... Arresting someone only requires you to convince a judge that there's probable cause. Convicting somebody requires you to prove to 12 people beyond a reasonable doubt that the person's guilty. If you make that judgment solely based on the arrest and not continue to investigate, what you can do is miss evidence that can try to either build the case up stronger or possibly point to other people."

Tompkins declined to comment on the record when reached by The Dispatch.

"It's been a long four and a half years," she said. "... I frankly don't understand why there can't be some solid proof to who murdered my son."

In the days after Haywood's shooting, suspects Elizabeth Reed and brothers Justin Williams and Joshua Williams were arrested. Two of them told investigators they had been there with Shumaker, though Colom said Wednesday that some of the details in their stories were inconsistent. Investigators also uncovered a shotgun at Shumaker's residence, which later turned out to not match shell casings recovered at the Local Express.

The evidence recovered at Shumaker's home also did not have any of Haywood's DNA, and Shumaker's DNA was not found at the Local Express, Colom said.

But the biggest piece of evidence was Tompkins' discovery of the voice recordings. Experts at the Mississippi State Crime Lab in Jackson discovered the time stamps of the recordings were March 2 at 10:42 p.m., 10:45 p.m., 10:48 p.m. and 11:30 p.m. Colom later sent the phone to the Attorney General's Office where investigators found the same results.

In the recording, Shumaker, Reed, Justin and Joshua Williams, and another man named Freddie Hill, are all reportedly heard rapping and making music, which Hill confirmed when he spoke to investigators.

"These audios were concerning to me because of the timing," Colom said. "... The 911 call was reported at 10:37. The first recording is at 10:42 p.m., five minutes after the 911 call, which means five minutes after (the murder) was reported, Freddie Hill had Joshua Williams' phone and Freddie Hill said the four of them were together making music. That's not consistent with the statements any of the witnesses said that led to the arrest of these four people. That's extremely inconsistent with what they said."

Colom talked to Reed and the Williams brothers again last week, and they told him that they originally told investigators Shumaker was at the scene because they wanted to end the questioning, but that Shumaker wasn't actually the person to kill Haywood. They also took a polygraph test, which indicted they were being truthful when they recanted.

Colom pointed out there is a reason polygraph tests aren't admissible in court and that they aren't necessarily accurate, but the voice recordings, combined with the witnesses changing their stories and the lack of physical evidence placing Shumaker at the Local Express at the time of Haywood's murder, makes him think that if the case went to trial next week, Shumaker would be acquitted. At that point, even if more evidence does come to light proving Shumaker was the killer, it will be too late to try him again.

Colom stressed Shumaker, Reed and the Williams brothers are all still suspects in the case.

"I'm not exonerating ... them, but I am saying I am not in a position where I think it's a necessity for the state of Mississippi to go to trial next week," he said. "I had to find a method to continue the case while at the same time acknowledging at this point, there appears to be some evidence to indicate Jonathan Shumaker ... could not have been at the murder scene at 10:37 p.m. based on the timing of the voice recordings."

'I just want to find out the truth'

Carol Haywood said she wants to see justice for her son, but she wants the right person to go to prison.

She told The Dispatch this morning that she remembers the day Kristopher died -- how he was running late for work, how he was playing peek-a-boo with his nephew, how he was asking his mom to make him chili. As he left, she told him she loved him and that she would stay up waiting for him to come home.

"And then he never came home," she said. "I just want to find out the truth. I pray that God will lead this investigator that's going to investigate all this information again."

Colom said he knows it will be difficult to uncover new evidence, but he feels he owes it to the family to keep digging.

"If we haven't found the evidence now, it's going to be harder to find it four years later, but I feel like with the loss that the Haywood family suffered, the tragedy of the murder of Kristopher Haywood, I have to do everything in my power to try to solve the murder," he said.

While Colom declined to go into details, he said there is more evidence that can be tested as well as some suspects he felt had not been entirely ruled out.

Carol said there were many details that she couldn't share about the case, but she feels various investigators over the years had not done everything properly.

"Things were so not done right by so many that investigated that, and I'm not talking about Mr. Colom," she added. "... He's done a wonderful job, but he's not an investigator."

She said she feels God had a plan for her son, pointing out that he was an organ donor and that his heart saved a Mississippi woman's life.

"I'm just counting on God," she said. "I have some faith. ... I'm just praying that God will uncover the truth of that fatal night, whoever took my son's life."