Volunteers prepare meals to deliver to senior and disabled citizens on Thanksgiving Day 2018 as part of the annual turkey drive organized by Annie Barry, the Community Benefit Committee and the Salvation Army. This year will be the 25th year volunteers deliver meals to those in need around Columbus and Lowndes County.
Photo by: Courtesy photo

From left, John Brocato, Drew Dieckman, Chris Curry and Walton Jones play music at the Jive Turkey Jam at the State Theater in downtown Starkville the day after Thanksgiving in 2018. The annual event â which will be held this year on Nov. 29 â features local musicians who "jam" together while raising money and taking food donations for the United Way of North Central Mississippi.
Photo by: Courtesy photo 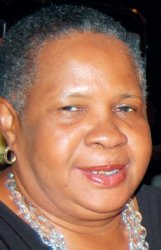 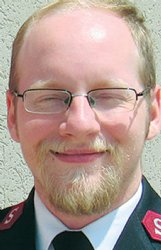 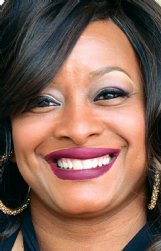 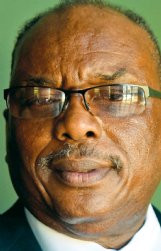 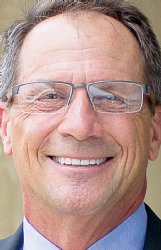 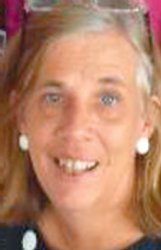 From turkey drives to Starkville's now-annual Jive Turkey Jam, those wanting to help nonprofits and give back to their communities will have plenty of options this Thanksgiving.

This year is the 25th year Ward 1 resident Annie Barry and a crew of volunteers will prepare and deliver meals to those in need on Thanksgiving Day. The Community Benefit Committee, Salvation Army and Columbus Parks and Recreation Department are hosting a fundraiser and turkey drive to collect food for the meals.

Barry, who first began the annual event in 1994 where she and some friends prepped 50 meals in her kitchen and delivered them to Ward 1 residents, is thrilled to see how the annual event has grown. She first got the idea when she learned community organizations such as soup kitchens and Meals on Wheels are closed on Thanksgiving and the days immediately following.

"Sometimes I'm at a loss for words," she said. "... I just hope it will continue even when I'm gone. I want somebody to keep this going because it's a service I know is greatly needed on that particular day."

Now the event has grown so much that organizations like the Salvation Army have gotten involved, and the volunteers prepare the meals -- and eat their own breakfast in what has become another annual Thanksgiving tradition -- in the kitchen cafeteria of Stokes Beard Elementary on South Martin Luther King Jr. Drive. Between meal delivery and opening the kitchen for anyone who wants to come, they hope to feed more than 1,800 people this year.

While usually Barry and the other volunteers deliver to elderly and disabled citizens, they're opening it to everyone this year after the Feb. 23 tornado left many Columbus residents in need.

Lt. Christian Smith with the Salvation Army said his organization got involved a few years ago to help streamline efforts to aid citizens in Columbus.

"Collaboration just helps all of us come together and stay under one banner so that we're not competing for the same programs, that we're able to just come together and say, 'Hey, we're all doing this together, so if you donate to any of us, it's going to the same place,'" he said. "... And the collaboration gives us more people working with us so it makes it easier on everybody all the way around."

He and Columbus police officer Rhonda Sanders, benefit committee chair, said those wishing to donate turkeys can drop them off at the Salvation Army at 2219 Main St. or at the Columbus Recreation Department at 2535 Main St. through Monday. Sanders said she hopes to receive 150 turkeys.

For those who don't want to wait until Thanksgiving, Mayor Robert Smith will host the 13th Annual Senior Citizens Thanksgiving Luncheon at the Trotter Convention Center downtown Thursday from 11 a.m.-1 p.m., though Smith said the Trotter doors would open at 9 a.m. because that's the time seniors usually begin showing up.

Local businesses, nonprofits and other organizations -- including, this year, the Columbus High School men's and women's basketball teams -- help set up and prepare the meal each year, Smith said. While the event is open to county and city residents, he said he knows of people from Starkville and as far away as Louisville that attend.

"(We've done it) every year except one year when the Trotter was undergoing a renovation, and the senior citizens were real upset because they look forward to it," Smith said. "They really do."

This year's annual Jive Turkey Jam in downtown Starkville on Nov. 29 is moving from the upstairs bar of the State Theater on Main Street to the roomier downstairs after four years of the event growing.

The informal music festival/concert is held every year the day after Thanksgiving, said Jeffrey Rupp, who came up with the idea for having an informal get-together with some of his friends and fellow musicians at Rick's Cafe "years ago."

"Right after Thanksgiving, a bunch of us just got together and had a jam session at Rick's Cafe," he said. "The theory was that everyone's home for Thanksgiving, we've already had Thanksgiving dinner, it's heading into the weekend, everybody's tired of their relatives and it was a good way to get out of the house. ... Then we thought, 'Why don't we do this in a way that benefits the community?'"

Rupp hosts the event with Hobie Hobart, who owns bar at the State Theater, and now as many as 30 musicians attend the event, in addition to dozens of audience members, all of whom bring at least a $5 donation or one bag of food to be donated to local food drives.

Candy Crecink, executive director of United Way of North Central Mississippi, said the food donated will be spread between 12 food pantries, three school programs and a handful of other nonprofits in the area over the next three months. The food donated was enough to fill the back of a pick-up truck for the last two years, about the time United Way became involved in the event.

She is asking for donations of canned fruits and vegetables, pasta, box macaroni and cheese, tea, coffee, dried beans, peanut butter, cereal and ramen noodles -- anything "nonperishable" that can last the pantries and the people they feed up to three or four months at a time.

It benefits not just the food kitchens, but the local musicians, Crecink said.

"It's such a wonderful night for them because they get to jam together," she said.

Rupp said his favorite parts are the "mash-ups" between musicians.

"Last year we had a lady who played classical guitar playing with a hard rocker, and it was a great little mash-up," Rupp said. "So that's what we're looking for."