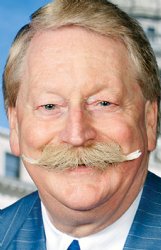 The Dispatch has filed an open meetings act complaint against the Lowndes County School District Board following an executive session Tuesday evening that only select members of the public were allowed to attend.

The newspaper submitted the complaint by mail to the Mississippi Ethics Commission on Thursday.

LCSD's board held the meeting at Central Office to interview three finalists for district superintendent. Board members selected 15 stakeholders -- three residents each from their respective elected districts -- as a citizen panel to observe the interviews and offer written feedback to the board.

The general public and media members present were barred from the executive session.

During the interviews, Tommye Henderson of the Mississippi School Boards Association -- which LCSD hired to assist with the search -- asked the finalists questions submitted by the general public via email, while the board and citizen panel took notes, Henderson confirmed after the meeting adjourned. Board Attorney Jeff Smith also was in the boardroom for the executive session.

State law clearly allows public bodies to address personnel matters, such as superintendent interviews, in executive, or closed, session. However, the law does not appear to expressly speak to whether a public body can allow handpicked citizens to attend an executive session without opening the meeting entirely to the public.

However, Smith, speaking to The Dispatch on multiple occasions, called Tuesday's executive session a "limited public forum" and said he believes it is legal for public bodies to "invite people back into executive session as (they) see fit."

Further, Smith said he consulted Tom Hood, executive director for the Mississippi Ethics Commission, on the planned format prior to Tuesday's meeting and Hood had cleared it. The Dispatch tried twice to reach Hood to confirm his correspondence with Smith, but Hood had not returned calls or messages by press time.

The Dispatch is simply wanting the ethics commission to rule on whether "limited public forums" meetings are legal, Publisher Peter Imes said.

"Allowing only select citizens to directly participate in an otherwise closed meeting of a public body is a dangerous precedent," he said. "The whole notion of a limited public forum seems contradictory."