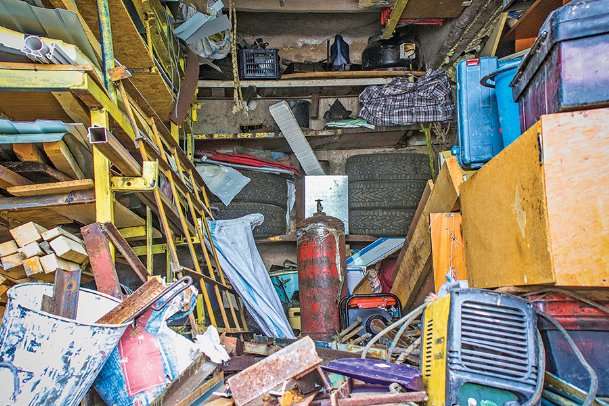 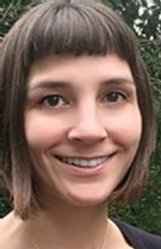 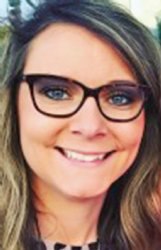 Mary Dozier has heard a common theme in her research and interactions with people who struggle with hoarding disorder.

"The number one goal that people tell me they want to get out of treatment is to have friends and family over for dinner, to be able to sit down in the living room and dining room and entertain," Dozier said. "We can all connect with that, with wanting to have that human connection."

Dozier is an assistant professor of psychology at Mississippi State University who specializes in geriatric hoarding disorder. Hoarding is a mental disorder characterized by "persistent difficulty discarding items regardless of value, urges to save items and distress associated with discarding, and the accumulation of possessions which compromise use of the home," according to "Recent Advances in Research on Hoarding," a paper Dozier co-authored that was published in August.

Hoarding was considered part of obsessive-compulsive disorder until 2013, so the field of study is still new and research is limited, Dozier said. She is looking for elderly rural Mississippians with hoarding disorder to be subjects for a study she is conducting, but the lack of awareness and the stigma surrounding hoarding makes it difficult to find subjects, she said.

Dozier plans to use her findings to apply for federal funding within the next year to develop hoarding treatment methods specific to older adults in rural Mississippi, since all the existing research on hoarding in older adults comes from urban coastal areas, she said.

The study will simply involve Dozier visiting a subject's house and asking a series of questions, and the subject will be rewarded with a $20 Walmart gift card and the option of being placed on a wait list for a future study. She has been looking for subjects for almost two months and has put up flyers in Columbus and Starkville, she said.

Hoarding and OCD behaviors both consist of compulsive actions meant to relieve distress or anxiety, but the difference is that hoarding is more about the objects themselves than the act of keeping them, Dozier said.

"Sometimes people save things that have great financial or sentimental value, and other times it's things where they have a sense that they might need it in the future," she said.

Those things could be practical objects like eating utensils or information in the form of newspapers, she said.

Hoarding disorder fascinates Dozier because despite the common misconception, people who have it do not actually want to live in a cluttered environment. Instead, they feel stuck in it, she said.

"They don't like living with the clutter, but they don't know how to get to a point where they don't have the clutter," she said. "My hope is that my research can help people understand themselves and why the clutter is there and how they can learn not only to declutter their lives but continue to live in a way that they don't feel trapped in their homes."

Media attention toward hoarding, such as the reality TV show "Hoarders" that aired for 10 seasons, increased the stigma against the disorder and "made it a voyeuristic thing," Dozier said.

The primary form of treatment for hoarding disorder is to teach people organizational skills as a form of exposure therapy so they can form the habit of sorting their belongings on a daily basis, Dozier said.

"Everybody has a different threshold for needing to throw stuff out," she said. "If you asked 10 different people how often they sort their mail, you might get some people saying every day, some people once a month and some people every two to three days. What we find with patients with hoarding disorder is that it starts to veer past once a month to maybe every few months."

"We can work with exposure therapy and some of those things, but because of the specifics that are usually involved in treating hoarding, you really need to be educated in the specifics before you try to tackle it," Nicholson said.

Community Counseling Services does whatever it can to help a person obtain treatment for a disorder, including reaching out to specialists for serious treatment, and they have never had to seek out a hoarding specialist to Nicholson's knowledge.

Hoarding behaviors are reinforced over time just like any other behavior, so older adults have a higher prevalence of the disorder, Dozier said. She enjoys watching them make changes in their lives despite their entrenched habits.

"You'll have people that have suffered from something for decades even and you're still able to make a difference in their lives," Dozier said. "Seeing that in older adults can be especially rewarding."