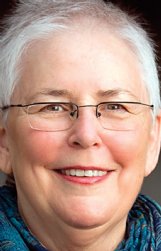 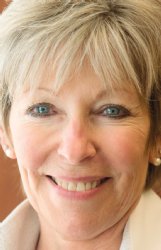 Less than 10 percent of Starkville residents participate in the city's recycling program, and an informal committee that formed in February wants the city to start an advertising campaign to encourage greater participation.

The board of aldermen will discuss the ad hoc committee's three recommendations for the recycling program at its Tuesday meeting, and Ward 2 Alderman Sandra Sistrunk gave the board a preview of the recommendations at Friday's work session. Sistrunk led the effort to form the seven-member committee, with one member from each ward.

The committee wants the city to promote the recycling program and keep residents up to date on recycling policies through a $5,000 digital and print advertising campaign. The city would use local organizations and media outlets to spread the word, according to Tuesday's online agenda.

The committee also recommends that the city make it easier for people to sign up for the recycling program. Online signup is currently not an option, and people have to sign up in person with the sanitation department.

Starkville itself does not sort or process recycling, Sistrunk said. The city collects recyclables curbside every Wednesday and hauls them to Tupelo and then to Chattanooga, Tennessee.

"Once it leaves us, we can't make promises about what's happening with it," Sistrunk said.

Starkville had a free citywide recycling program until 2009, when it started collecting from paying customers who put out their recyclables in city-issued bags or bins. The recycling truck drivers have a list of customers so they know which residences to collect from, said Denise Marble, a secretary with Starkville Sanitation and Environmental Services who helps Director Calvin Ware oversee the program.

The recycling program does not pay for itself, and increased participation would increase cost as well as revenue, she said. The cost of moving the recyclables from Starkville to Tupelo outweighs the program's revenue, maintaining the collection truck costs about $30,000 per year and the three employees who drive the truck cost between $55,000 and $60,000 per year, Sistrunk said.

"The cost of hauling additional materials is probably going to offset any additional revenue by people paying that extra $2," Spruill said.

In addition to the low participation rate, the city gets very little money from selling the recycled materials themselves, Sistrunk said. Plastic water bottles bring in about one cent per pound, which is about 50 to 55 bottles, she said.

Regardless, the committee recommends that the city publish digital guides to recyclable materials online, hold recycling drives at large events such as the Starkville Community Market and Cotton District Arts Festival, provide more in-person signup locations and inform the public about where recycled materials go after they are collected, according to the agenda.

The board of aldermen will vote to acknowledge the receipt of the recommendations Tuesday. Committee chair Amy Counterman could not be reached for comment by press time.

Sistrunk said she wanted the board to be aware that recycling is still valuable to the community despite the program's shortcomings.

"A lot of it is intangible and difficult to quantify, but there is a value to recycling," she said. "What we have to figure out is where we draw the line on what that means to us. There is a demand for these services, albeit somewhat low at the moment."