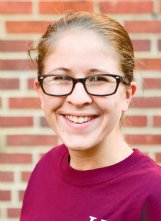 As the new year approaches, things may be looking a little different at Smith Landscaping and the Greenhouse.

The plant nursery, 625 18th Ave N., will transition to Walton's Green House by the start of 2020. Alan Smith, Smith Landscaping and Greenhouse owner, said due to current health issues, he reached out to Walton's Greenhouse, a local nursery chain, to take over.

Walton's Greenhouse was founded more than 25 years ago by Lathen Walton and his son, Marty. Since 1991, one greenhouse shop in Itawamba County has expanded to a more than 20 greenhouse operation, with garden centers in Fulton, Amory, Tupelo, New Albany and soon in Columbus.

Walton's is leasing the business but could buy it in the near future.

"I would love to sell it to Waltons," Smith said. "We've always been real proud to create a place that people found pleasurable. We've been very fortunate."

My entire life, my grandfather has always been my handyman.

Any problem I had, I would walk to his house and Paw would fix my bicycle, rewire my flat iron, help build school projects and even fix my occasional car troubles.

As talented as my family Mr. Fix It is, even he knows when an expensive appliance starts having issues, it's time to call the professionals rather than accidentally electrocuting himself. That's where Dwayne Sheppeard, owner of the Columbus franchise Mr. Appliance, comes in.

Sheppeard launched Mr. Appliance of Columbus in mid-October, servicing appliances in the Golden Triangle and other parts of north Mississippi and west Alabama. The Mr. Appliance company first opened in 1996 and now has more than 290 franchises in North America.

Sheppeard currently has four technicians and is recruiting more to keep up with the demand in the area. He said with appliances increasing in price and technology, more and more problems can occur. Rather than buying a new refrigerator, ice maker or dishwasher, customers are now more inclined to give a handyman a call to get the job done.

"I thought there was a need in this area," Sheppeard said. "What I really didn't know was how much of a need there was."

Whatever appliance you own, Sheppeard and his guys probably fix it: stoves, washers, dryers, garbage disposals and even wine coolers. Sheppeard said one of the best aspects of Mr. Appliance's customer service is:

"We treat your home like it's our home," Sheppeard said. "We wipe our feet, we cover our shoes. We are going to treat it like it's ours."

If you're having issues with something in your kitchen, or your washing machine ain't quite working right, check out the Mr. Appliance web page. You can schedule an appointment to check out your problem online or over the phone at 662-237-3879. Pricing is based on a job-basis, not hourly. Once a technician diagnoses your problem, you'll get an upfront price for repair. Once that issue is repaired, those parts and labor come with a one-year warranty.

In the midst of remodeling a property at 3501 Bluecutt Road, the insurance agency should be showcasing a new office by February. Swoope marketing representative, Morgan Hardin, said the company has expanded over the years, requiring a larger space.

The Columbus insurance agency was first opened in 1926 by Walter Swoope, offering property and casualty insurance. Now Swoope offers commercial, homeowner's, recreational vehicle insurance and more. Stay up to date on Swoope Insurance on the company's Facebook page. Its office hours are Monday through Friday from 8 a.m.-4:30 p.m.

With all these health clinics, doctors offices, hospitals and veterinary clinics, those employees need scrubs.

Scrubs Elite-Columbus will open shop shortly at 2012 Military Road. With more than 8,000 square feet, that's a lot of scrubs. Expected to open in the coming weeks, Scrubs Elite will have XXS through 5XL scrubs in store. The store will have Barco One, Carhartt, Jockey, IRG, Koi and Skecher brands in addition to Alegria shoes. Keep an eye out on the company's Facebook page for its opening date.