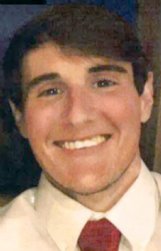 A deceased individual discovered in a vehicle off Highway 45 Alternate has been identified as a missing Starkville man.

Lowndes County Coroner Greg Merchant confirmed Richard "Cory" Baughn, 31, was found by Lowndes County deputies Tuesday morning. He was in his car in a wooded area off the highway near the Highway 82 bypass.

Baughn's family reported him missing to Starkville Police Department earlier this month. He was last seen leaving an apartment on Stark Road on Nov. 12.

Merchant did not immediately release Baughn's cause of death but said there were no apparent signs of foul play. The investigation, however, is ongoing, he said.