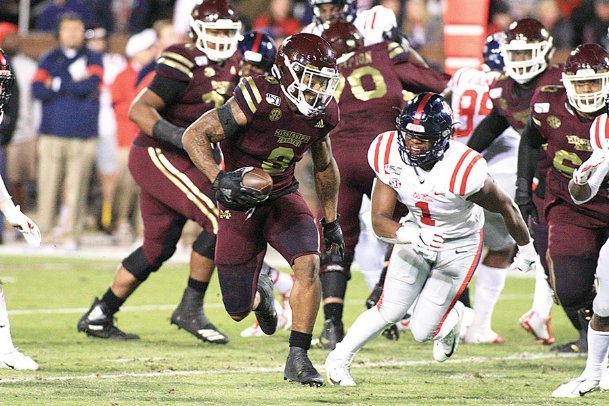 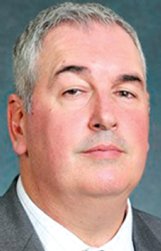 STARKVILLE -- With a 57-yard completion on fourth-and-24, a pass interference call that left the Bulldog faithful exasperated and a unsportmanlike conduct penalty against Ole Miss that ultimately led to a missed extra point that would have tied the game, Mississippi State escaped with a 21-20 Egg Bowl victory on Thanksgiving night.

Ole Miss appeared poised to tie the game with just four seconds remaining when Ole Miss receiver Elijah Moore grabbed a two-yard touchdown pass. But Moore's celebration -- he crawled on all fours toward the back of the end zone, then lifted a leg to simulate a dog urinating -- drew a 15-yard-penalty, turning a perfunctory point-after kick into a 35-yard attempt, which Rebel kicker Luke Logan missed, wide right, preserving the Bulldogs' 1-point victory and adding another bizarre chapter to the long rivalry, contested for the 92nd time Thursday.

"I think more than anything it's a validation for our team and a validation of our culture," MSU coach Joe Moorhead said. "To me, it puts an exclamation point on the narrative floating around that I'm not the right man for this job, this program or I can't coach in this league. That's not the case. I'm damn proud of this team."

For MSU, the win extends a school-record 10-year bowl streak, while Ole Miss will conclude the year 4-8 and miss the postseason for the fourth time since 2015.

With starting quarterback Tommy Stevens sidelined due to an injury, freshman quarterback Garrett Shrader drew the starting assignment. He completed 10 of 14 passes for 108 yards and added another 19 yards and two touchdowns on 12 carries.

Junior running back and Columbus native Kylin Hill also notched his eighth 100-yard rushing effort of the year with a 27-carry, 132-yard effort -- moving his SEC-leading season total to 1,347 yards.