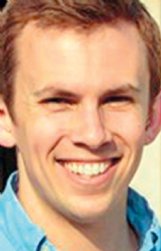 A report that the Republican auditor's office released in mid-November finds that Mississippi spends more on such purposes than most other states. He's calling on districts to do more to streamline or cut spending on assistant principals, principals, superintendents and central offices and redirect the money to teachers, learning materials, librarians, counselors and school buses.

White has previously told The Associated Press that he considers some administrative spending to be bad or wasteful.

Non-school spending, as accounted for here, includes not only administrative salaries, but also food service and the cost of construction. Because food service is largely paid for with federal dollars, and much capital spending comes from borrowed money, it would be impossible to shift those dollars to teachers even if districts wanted to.

The auditor's report cited Jackson Superintendent Errick Greene's April announcement that the state's second-largest district had saved $1 million by making changes to its central office operations. That's a lot of money, but keep in mind that the Jackson district has a yearly budget of more than $300 million.

White argues that small shifts could add up, though.

"Even spending shifts of 1-2 percent of total spending can have a large impact," the report states. "For example, a 6 percent shift from outside-the-classroom spending into classrooms would equate to just over $250 million."

It's the second report that White's office has done pushing for changes, following an April report that looked at the increase in administrative spending. The trend has been apparent for years, but the reasons behind it remain the subject of conjecture. White's efforts thus far have documented the trend but provided few reasons why.

Mississippi is among the 10 lowest spending states nationwide on a per-student basis, and those who support more spending say that White, like state Auditor Stacey Pickering before him, seeks to shift blame for inadequate resources and teacher pay from lawmakers to wasteful superintendents. Others argue that the distinction between inside the classroom and outside the classroom is artificial, and the most important measure is how students are doing.

That lines up with how Mississippi's educational funding formula is structured, which lets districts spend state aid as they see fit, as long as they meet accrediting guidelines. Decades ago, Mississippi had a funding formula that allotted state aid for particular spending such as textbooks or buses.

At least one school district may be taking White's criticisms to heart. The Columbus school district voted last week to seek a performance audit of its spending to specifically look at whether the 3,500-student district is spending enough money for classroom purposes.

"There's an ongoing dialogue about how much money should be going into the classroom, and one thing we want them to look at is if there are classifications they consider to be outside of the classroom that we consider to be money that is going to students," Columbus school board president Jason Spears told The Commercial Dispatch recently.

The district will probably have to hire an outside firm, though, with the auditor's office saying it's likely too busy to help.