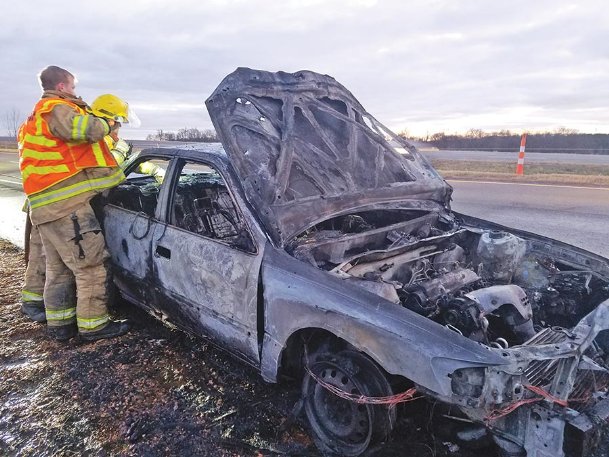 A car caught fire on westbound Highway 82 Monday afternoon, but it was extinguished within a half-hour and no one was injured. The East Oktibbeha Volunteer Fire Department and the Mississippi Highway Patrol responded to the fire at 4:05 p.m. near the interchange between Highways 82 and 182, just east of Clayton Village. The driver was the only occupant of the vehicle, pulled over when the hood of the car started to release smoke and exited the car before it went up in flames, county fire services coordinator Kirk Rosenhan said. The car had a Noxubee County license plate, and the driver left the scene soon after the authorities arrived. Photo by: Tess Vrbin/Dispatch Staff