Supes move half of hospital trust fund to Stifel firm 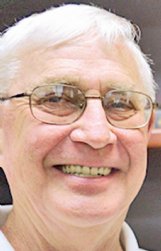 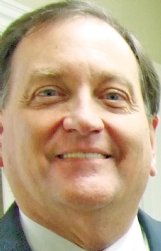 Lowndes County supervisors voted unanimously Monday to change how its hospital trust fund will be invested.

St. Louis, Missouri-based Stifel Financial will take over $17,265,039 in trust funds from Stephens Capital, which along with Renasant has managed the trust fund portfolio since October 2013.

The trust fund principal comes from the sale of the once county-owned hospital to Baptist Memorial Health Care Corporation.

Board president Harry Sanders advocated the change for two reasons -- changing to a firm with a local office and a desire to boost profits from the fund.

"If we had taken Stifel's proposal the day we started investing, based on what they've done in the past and compared to Renasant and Stephens, they almost doubled the amount of money brought in," Sanders said. "The economy is going crazy and I don't think the fund has performed as good as it could have."

Sanders said Stifel has a branch in Columbus, while Stephens Capital, which is based in Little Rock, Arkansas, does not.

"I just think we need local folks, people we can call any time and they can tell us what's going on," he said. "The only time we ever heard from Stephens was when we called a trust meeting."

County Administrator Ralph Billingsley said Sanders' comparison between Stephens Capital and Stifel was not quite accurate.

"The comparisons don't line up exactly," Billingsley said. "For one thing, we converted to cash for a six-month period. Also, we made regular withdrawals, so the money was compounded. So when you look at those things, Stifel's performance was about a point (1 percent) higher."

Asked why supervisors didn't turn over the entire fund to Stifel, Sanders said he thought it was important to have two firms managing the investments.

"We don't want to put all of our eggs in one basket," Sanders said. "We want to make sure it's diversified enough that we take care of the people's money."

Since 2013, the county has withdrawn almost $5 million in earnings to use for capital improvement projects while increasing the corpus (balance) from $30 million to $34,714,644.

"We've been able to do a lot of good things with the fund," Sanders said. "We want to be careful. It's not our money. But we also want the fund to make as much money as it can."