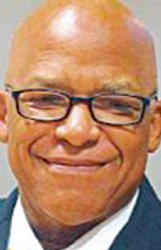 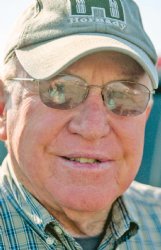 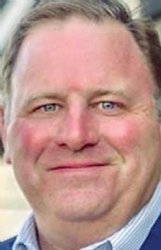 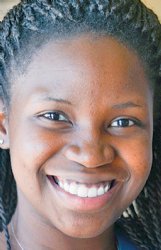 More than 15 police officers -- including several longtime ranking officers -- have departed Columbus Police Department this year, leaving a force that sits at 55 with a dearth of command positions.

Police Chief Fred Shelton said 19 officers have left this year, though three were later rehired. The city council also approved hiring three new officers at Tuesday's council meeting, bringing this year's hires to a total of 16, eight of whom will go to the police academy for training in early 2020.

CPD's force has been struggling to hire and retain officers for several years and under multiple police chiefs, with the numbers dropping to below 45 at one point in 2016.

The department was budgeted for 70 officers, but the force had not made that number before financial constraints caused the city council to roll it back to 61 earlier this year.

Shelton said nationally, departments are having hiring troubles due to a mixture of low pay, the dangers of the job and public scrutiny that police endure.

He said a challenge for leaders in law enforcement today is marketing police work to younger generations as an attractive career option in a field where research has shown there are fewer applicants and higher rates of retirement.

But those issues don't account for the departure of officers with more tenure. After Shelton was promoted from assistant chief to chief in January 2018, CPD has been without an assistant chief except for a brief stint when Indianola Police Chief Edrick Hall served in 2018. Hired in May, he left in July to return to Indianola.

CPD also lost its head of Criminal Investigation Division in August when Capt. Stacey Deans died from a severe illness that had kept him away from work since May.

The Dispatch attempted to reach both Higgins and Sanders, neither of whom commented for this story, but Shelton said both are going to Lowndes County Sheriff's Office.

However, the perceived abruptness of the most recent departures, along with the lack of an assistant chief, has concerned some members of the CPD Overview Committee, an ad hoc committee formed to be a bridge between the police department and the community.

All the committee members The Dispatch talked to pointed out low numbers and high turnover are not unique to Columbus. Colin Krieger said medium-size police departments like CPD are having the most trouble with hiring and retention.

Still, he said, the constant change in leadership -- CPD has had five chiefs in less than 10 years -- could be contributing to CPD's problem.

"It's a challenge when you have a department that's switching around and losing that many people again," he said. "But it kind of sounds like a broken record. It's hard to blame the police chief 100 percent when it's the fifth time I think we're talking about this in 15 years."

Lollar said he doesn't know what the problem is, but he and fellow committee member Tiffany Turner theorized it has to do with either city or department leadership.

"When longtime officers, people that have been with our force for decades, start to go other places besides taking retirement, I feel like that's something we need to address," Turner said. "I feel like it's easy for us to put a cap on this and say, 'This is happening all over the country.' ... I can see that to a certain extent, but what we really need to be getting to the root of is why are these officers leaving? All of them aren't leaving because of pay."

Turner suggested the restructuring of the department over the last few years -- Sanders' highly publicized transfer from community relations officer to night shift patrol duty being among those moves -- may have upset some longtime officers enough that they wanted to leave. She also said when there's a problem with the team "you look at the coach."

Shelton acknowledged a "possibility" that low morale is sending the officers away, but he said many of them have taken command positions with other agencies, such as Kelvin Burdine, who left in February to become town marshal of Caledonia, and another officer who took a position as a nearby sheriff's office's head of criminal investigations.

"It's a step up," he said. "It's not a step down. ... I don't see it as a morale problem if a person is going to another agency to better themselves."

One of the problems with policing as a career is that career advancement is difficult because once officers make it to the rank and position they like, they become entrenched, he said.

At CPD, many of those positions are available -- there are two vacancies in CID and two with the joint narcotics task force made up of CPD and LCSO officers, he said. However, those positions will remain open for the time being while Shelton prioritizes filling the patrol shifts. He said he's hopeful that once eight of the new officers graduate from the police academy in March, he'll be able to start filling those positions with officers who have served longer.

He also plans to start recruiting more aggressively, putting together a recruiting team to find officers at other agencies who want to move. He's working with police academies to find "self-sponsors," or trainees who have paid for their own training and are not currently attached to another department, who will be looking for jobs once they graduate.

The city council approved across-the-board pay raises for all police officers in 2016 through ranks up to captain, with 3-percent increases built into those wages every five years. Shelton thinks that probably helped with recruiting and retaining entry-level and certified patrol officers, but it hadn't necessarily helped retain those with higher ranks. The 3-percent increases didn't apply to captains, plus he said officers will want to make more money at retirement.

"Everyone got an across-the-board pay raise," he said. "However, it benefitted the lower officers better than a higher officer."

While CPD does not pay as much as other agencies in the region for command staff positions -- Shelton said Starkville's incoming police chief Mark Ballard was hired at a starting salary of $85,000, "about $11,000 more than I make" -- there are other things about CPD that could attract an officer. He wants to work with city leadership to purchase new equipment for officers and their vehicles. For potential investigators, the Columbus Crime Lab is an asset that most departments outside major urban areas don't have.

However, he pointed out the officers CPD hires have to be good officers. They have to pass background checks, physical training tests and psychological evaluations. More than that, Shelton wants to find officers who are community-minded and want to raise their families in Columbus, so that CPD will retain those officers.

Turner said she's proud of the officers CPD currently has and that she believes the relationship between those officers and the community has drastically improved since the overview committee was formed in 2016. However, she feels like the departure of veteran officers in particular speaks to internal problems.

"CPD has made great strides as far as improving the rapport between the community and the (department)," she said. "... I know that (turnover is) a nationwide trend, but at the same time, we have to make sure we use the microscope to look at our local department and make those changes to our local department as we see fit."