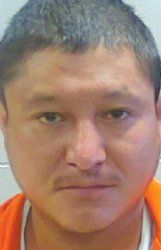 The 5-year-old victim referenced in indictments in a child neglect case in Lowndes County is a child who died over Labor Day weekend, authorities have confirmed.

Annabelle Bush drowned in a pond off Old New Hope Road on Sept. 2, The Dispatch previously reported. Some nearby property owners found her, and she was taken to Baptist Memorial Hospital-Golden Triangle where Lowndes County Coroner Greg Merchant pronounced her dead.

Britney Brooks and her boyfriend Alejandro Trejo Martinez were arrested in July after deputies found four children, including Bush, living in what they described as "deplorable" conditions in the home on Hughes Road. Deputies first received a call that a 5-year-old child was wandering a nearby street at 2 a.m. with no clothes on. When trying to return her to her home, they found the other children living in a home with a "stench," filled with trash. Authorities at the time said one of the children was drinking from a "filthy bottle" and another had poor dental hygiene.

Both Brooks and Martinez were charged with four counts each of neglect of a child, and the children were placed in Department of Human Services custody. Bush ended up in the care of Tammy Brooks.

While Hudson could not confirm many details of the case, she said both Britney and Tammy Brooks were staying in the same home as Bush the night before the child was found dead on Sept. 2.

Tammy Brooks' indictment and one of the charges on Britney Brooks' indictment charge them with contributing to "the neglect of A.B., a child, ... and further, that the said deprivation of necessary clothing, healthcare, shelter, or supervision appropriate to the child's age resulted in substantial harm to A.B.'s physical health" on Sept. 2.

Martinez was also charged with five counts of child neglect.