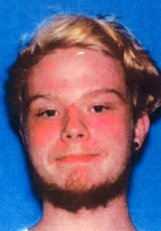 Police are looking for an East Mississippi Community College student believed to have run away Wednesday.

William Felks, 17, was last seen leaving the library on the Golden Triangle campus in Mayhew at 4:17 p.m., according to a press release from the EMCC Police Department. A later press release said authorities believe he was picked up by someone he knows and is still with that person, and that EMCCPD has reclassified the case as that of a runaway.

Felks was wearing a gray sweater and black pants and carrying a white backpack, and he is approximately 5-foot-7 and 162 pounds, the release said.

Anyone with information on Felks' location can call the EMCC Police Department at 662-418-9487 or 662-386-3011. Lowndes and Oktibbeha county sheriff's offices are assisting with the search.