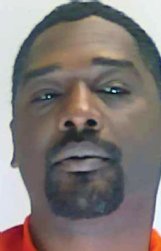 A West Point man was arrested Thursday for cyberstalking after allegedly threatening another person over text.

Reginald Legare Hosey, 36, of Eshman Avenue, has been charged with cyberstalking by sending electronic communications that threaten to harm a person, according to a Lowndes County Sheriff's Office press release. The victim in the case reported the messages on Nov. 17. Hosey turned himself in to LCSO the day the warrant for his arrest was issued.

The press release said the victim was formerly in a relationship with Hosey and that in the text, Hosey threatened the victim with bodily harm. Hosey was also charged with misdemeanor domestic violence.

He was released from Lowndes County Adult Detention Center on $3,250 bond for both charges.