One in hospital, one in custody after Friday hit-and-run 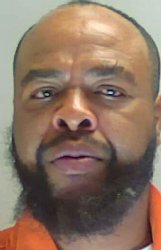 A Lowndes County man is in law enforcement custody and a woman in a Jackson hospital after a hit-and-run early Friday morning.

Deputies with Lowndes County Sheriff's Office responded to a call on Hughes Road at about 12:45 a.m. where they found a 46-year-old Columbus woman had been struck by a vehicle, according to an LCSO press release. The suspect vehicle had left the scene of the collision by the time authorities arrived.

About an hour later, investigators arrested Charlie Tamar Owens, Jr., 36, of Gregory Road, and charged him with leaving the scene of an accident with injuries.

An ambulance took the victim to Baptist Memorial Hospital-Golden Triangle, and she was later flown to University of Mississippi Medical Center in Jackson for further treatment. LCSO authorities said they do not know the victim's current condition.

Owens is currently in custody at Lowndes County Adult Detention Center with no bond.