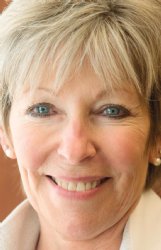 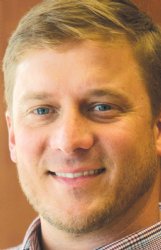 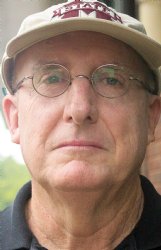 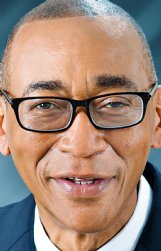 STARKVILLE -- Some Starkville aldermen attempted on Tuesday to expand the ongoing debate over potential restrictions on short-term rentals in residential neighborhoods, saying long-term rentals in the same areas should be considered too.

But there is no guarantee that long-term rentals will be discussed or even researched, Mayor Lynn Spruill said. The board will have to vote at a future meeting on whether to direct city staff to conduct the research and draft an ordinance, she said.

The board of aldermen voted 5-2 on Tuesday to postpone the previously scheduled Dec. 17 vote on the short-term rental ordinance for properties like Airbnbs, first proposed in late September and amended 17 times since. Ward 1 Alderman Ben Carver asked for the vote, and he told The Dispatch that he hopes the discussion continues.

Spruill, Carver and Ward 5 Alderman Hamp Beatty all said they have received several complaints from constituents about long-term rentals in residential neighborhoods, mostly about noise, garbage, parking and yard maintenance. Some of those long-term rentals are occupied by Mississippi State University students rather than families.

Those in favor of short-term rental regulations have said they are concerned about neighborhood safety when so many unfamiliar people come and go in short succession, and Spruill said she has not heard any safety concerns related to long-term rentals.

The common thread between the concerns about both types of rentals is the preservation of the character of the neighborhood, Spruill said.

"Short-term and long-term rentals create a bit of angst for different reasons, but (both) because the neighborhood is no longer the two-car, mom and dad, kids in the yard type of neighborhood," she said. "It's not your traditional expectation. Times have changed, and how do we accept those, absorb those and make (everyone) good neighbors at the same time? I think there are ways to do that."

Spruill owns several long-term rental properties, including apartment complexes, though none of them are in single-family residential neighborhoods. Even so, she said she will not participate in the dialogue or formation of any ordinances pertaining to long-term rentals due to the conflict of interest, so Ward 6 Alderman and Vice Mayor Roy A. Perkins will preside over all meetings related to the issue.

Perkins and Carver both said Tuesday that they believe it is only fair for the city to consider regulating short-term and long-term rentals together in one ordinance. Spruill and Beatty both disagree, saying the two rentals have different problems and solutions.

"I think (Tuesday's vote) was a delaying tactic, basically, a what-aboutism, a way to get out of the quagmire that you find yourself in by pointing at somebody else," Spruill said.

Mike Ryan and Danielle Heitzmann, both long-term rental property managers in Starkville, told The Dispatch they do not believe the city should impose more regulations on long-term rentals. Ryan said he is self-employed and owns four single-family homes for rent.

Heitzmann is the property manager for Kraker Properties, owned by her father, Michael Kraker. The company rents out about 10 single-family homes, she said.

Both Ryan and Heitzmann said they check with their tenants to make sure they are taking care of the property and following the rules, such as bringing in their garbage cans from the curb.

"We do a good job as owners to make sure our tenants are being good neighbors, whether they're students or families or whatnot, so we haven't had to deal with any complaints that we're making people unhappy because of our rental properties," Heitzmann said.

Chapter 17 of Title 27 of state statute requires all businesses to pay for a privilege license, and city attorney Chris Latimer said at Tuesday's meeting that this is the basis for the license fee put forth in the proposed short-term rental ordinance. Carver took issue with this and said it requires further discussion.

Chapter 8 of Title 89 lays out the state's requirements for landlords and tenants, and there is no mention of a privilege license or fee in Section 23, which enumerates the duties of the landlord specifically.

"I think they need to get back to running the government and leave the people making a living alone," he said.

Aldermen's involvement in the debate

Beatty and Ward 2 Alderman Sandra Sistrunk were the only aldermen to attend the two public input sessions for the short-term rental proposal. Spruill, who led the input sessions with Beatty and Sistrunk, said the entire board of aldermen was invited and informed of the times and locations.

Carver said he was unable to attend both sessions and that his absence "is a side narrative." Perkins declined to comment when asked why he did not attend.

Perkins said he has never received any complaints from constituents about short-term or long-term rentals. He believes both should be addressed in the same ordinance, but there is no way to know yet what that ordinance might look like, he said.

"I will give close consideration to any measure or matter that comes before the board that contains both short-term and long-term rentals," Perkins said.

Spruill said it is too early to tell whether the debate will continue.

"It was a 5-2 vote to table it, and usually if you have strong sentiment about not addressing something in particular, it means you don't want to address it at all," she said. "But there was also a lot of dialogue about adding long-term rentals to it."

Beatty has advocated for regulations on short-term rentals since he was running for his seat in a special election in May. He agreed with Spruill that postponing the vote on the ordinance was likely a way to stall the debate, but he said he does not believe the discussion is over and would like to start a committee to look into long-term rental issues.

"The pushback from the short-term rental (proposal) will look like a trip to Disneyworld compared to when you start dealing with hundreds of rental units in Starkville and dozens and dozens of property owners," Beatty said.