Punishments to fit the crime: Habitual offender laws can result in defendants spending decades behind bars 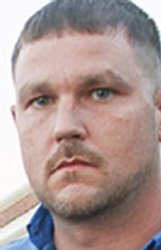 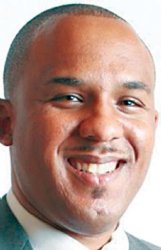 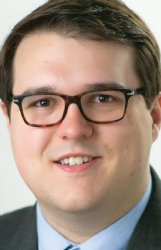 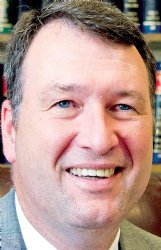 Dusty Houser's son has never met his grandfather outside a Mississippi Department of Corrections facility.

Houser was in his early 20s in 2007 when his father, Paul Houser of Caledonia, was sentenced to 60 years in prison after a jury convicted him of possessing precursors to making methamphetamine. That means Dusty Houser has spent most of his adult life with his father in prison.

"It's been hard," he said. "You run into problems with raising your child or something like that. You just want that parental guidance. 'Hey, son, you're doing good.' ... It is really hurtful."

The sentence was based on state statutes mandating judges give those sentenced as "habitual offenders" -- i.e., someone who has been convicted of at least two prior felonies -- the maximum sentence under the law. At the time, precursor to methamphetamine carried a maximum of 30 years (it's since changed to eight), and because the prior charges were also drug charges, that doubled the sentence.

The law has since been amended to allow judges a little more discretion in levying sentences.

"That type of sentence is not possible today," said Scott Colom, District Attorney over the 16th District Court of Mississippi, which covers Lowndes, Oktibbeha, Clay and Noxubee counties.

But Houser is still in prison until 2067, though 16th District Court Judge Jim Kitchens, who presided over Houser's case, said Houser will be eligible for parole after serving 15 years.

Houser isn't alone. More than 2,000 inmates in MDOC are serving maximum sentences under the habitual offender laws, and more than 900 of those are serving 20 or more years, according to a report compiled by FWD.us Mississippi, a coalition of groups pushing for criminal justice reform in the state. Most of them are not eligible for early release or parole.

People like J. Robertson, director of Employability and Criminal Justice at the conservative group Empower Mississippi, argue the laws impose unfair punishments for many people who are addicted to drugs or who were convicted of nonviolent offenses.

"The problem with the habitual statutes in Mississippi is that they're really broad and they lead to disproportionate sentences," Robertson said. "... It results in people in some cases getting a life sentence for something as simple as drug possession of marijuana possession, which is not only a poor use of our tax dollars, but it just doesn't comport with I think how most Mississippians view our criminal justice system, which is that the punishment should fit the crime."

"At some point, society has the right to have some peace from people who continue to violate the law," Kitchens said.

Mississippi's habitual offender laws were passed in the 1990s, when American society was seeing higher-than-average crime rates and many states imposed "three strikes" laws. For Mississippi, those laws manifested as the "little" habitual law -- mandating maximum sentences for anyone convicted as a habitual offender with two or more prior felony convictions -- and the "big" habitual law, which mandated that the defendant serve life in prison if one of those convictions was for a violent crime.

"The kind of thought was 'three strikes, you're out,' was the moniker that was used to promote these kind of laws," Robertson said. "... Since then, a lot of states have started to examine actually how effective are these at reducing crime."

Both Robertson and Colom are skeptical that harsh sentencing laws deter criminal behavior, particularly when the criminals have drug habits.

"Historically they were too severe," said Colom. "I think that when it comes to drug addiction ... it's actually more impactful to address the addiction itself."

But Kitchens said the point of the law was not to deter criminal behavior.

"The habitual offender statutes were set up not so much as a deterrent but to incapacitate people who kept using the system over and over again," he said.

He added they haven't been used often in the 16th District. Prosecutors have the option of whether to charge someone as a habitual offender, and Kitchens said both Colom and former District Attorney Forrest Allgood often offered deals where defendants had the option to plea to lesser charges with shorter sentences.

Prosecutors have always had the option whether to charge someone as a habitual offender. Colom said he prioritizes violent crimes, while also taking into account factors such as the age of the defendant or the length of time between offenses.

Those are many of the same factors Kitchens considers when determining whether to levy the maximum sentence, now that he has some discretion. He also considers whether the defendant took responsibility and what the victim wants.

But Robertson pointed out the law allows a system in which someone could go to prison for decades or even life for crimes as simple as burglary.

"There are always huge disparities in sentencing from community to community," Robertson said. "You can talk to families who have a family member who might have been in the same situation as the Houser family, but because they lived in a different county, they were charged differently and didn't receive the same penalty. It's problematic from that perspective."

Robertson said a "conservative estimate" for how many tax dollars go to housing those sentenced under habitual offender enhancements currently is more than $70 million.

"In a rural poor state like Mississippi, there are better uses for those tax dollars that could actually help reduce crime if they're invested in education or treatment or methods that are actually more effective in reducing crime than just handing out long prison sentences," he said.

Kitchens doesn't think money is a good argument against the laws, especially if the laws keep drug dealers in prison instead of on the streets looking for customers.

"What's it worth to you or your family not to have a family member who's addicted to drugs?" he said.

Dusty said he wished the law would look more closely at people like his father, who he said never harmed anyone and was a loving father and son.

"There are people that are deserving of redemption," he said. "...Don't throw the key away and lock them up."