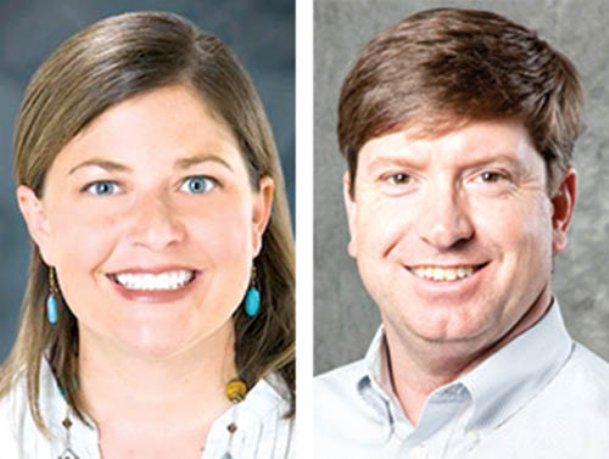 When Kim Kavalsky became the coordinator for mental health outreach at Mississippi State University in 2012, she was shocked to learn how many students experienced suicidal thoughts.

"For some students it might just be a fleeting thought when they're overwhelmed, and for other students it's (happening), if not daily, several times a week," Kavalsky said. "It's something we're concerned about, and we're doing our best to get them the help that they need."

Mental health care services at MSU, especially for students with the most serious struggles like suicidal ideation, received an upgrade in November when the John C. Longest Student Health Center partnered with Right Track Medical Group, an outpatient mental health care organization that opened its Starkville location in October. The MSU campus now has psychiatric care experts available in person five days a week, with nurse practitioner Ella Williamson at the student health center from Monday to Thursday and psychiatrist Stephen Pannel there on Fridays.

The student health center is equipped to handle some serious mental illnesses but needed to have experts in the field on hand, University Health Services executive director Cliff Story said. Previously, the health center had a few part-time psychiatrists that have since moved on to other jobs, and a psychiatric nurse practitioner from the University of Mississippi Medical Center in Jackson would treat students via video call a few times a week, but daily face-to-face interaction between students and psychiatrists is new to MSU, Story said.

In-person care makes it easier for providers and patients to build trust and confidence in each other, Story said.

"Having a human being right in front of you, you hear and you see and you capture more nonverbal cues," he said. "It brings more intimacy and closeness between a patient and a provider."

The expansion is vital at a time when psychiatric resources in Mississippi are slim and the need for them on college campuses nationwide has been on the rise, Pannel and Story both said. If a student needs to go to a hospital, the closest one that provides psychiatric care is Baptist Memorial Hospital-Golden Triangle in Columbus.

Mental health care in Mississippi has been "fragmented" for many years, and the state does not have much of a network for these resources, Pannel said. Patients in need of psychiatric care go to emergency rooms, primary care and urgent care offices, which do not have the staff or training to adequately meet those patients' needs, he said.

"A lot of the patients we take care of (at Right Track) end up going to the emergency room and put in the inpatient psychiatric unit, and then when they're released, they don't have any outpatient care or a way to follow up," Pannel said. "They do OK for a while, but without treatment and stabilization, they continue to have this repetitive process of going back to the ER, back into the hospital and back out again."

The state Department of Mental Health has 15 regional community mental health centers, but those are "few and far between," and most of the state's resources are in the Jackson area, Pannel said.

Right Track started in Oxford in July 2018 and also has offices in Tupelo, Corinth and Olive Branch. The organization's goal is to provide all the mental health resources a person might need, from medication to therapy to lifestyle changes, in one location, Pannel said. Right Track aims to care for people in all age groups but also to address college students' needs, which is part of why its first office opened in Oxford, he said.

Some mental health conditions are most likely to manifest or develop from just symptoms to a disorder between the ages of 18 and 25, and a lack of access to proper psychiatric care can lead some students to self-medicate and become vulnerable to addiction, Pannel said.

Kavalsky said the Student Counseling Center sees "more and more students every semester," whether they are seeking help for illnesses like anxiety or depression or for histories of trauma. She commended the counseling center for hiring more staff and the health center for partnering with Right Track.

"It's really been a godsend to have that accessibility for students, to provide psychiatric care on campus and not have to travel to the community or another city, which is sometimes what our students were faced with," Kavalsky said.

One of Right Track's goals is for its patients, including students, to have appointments with providers the same day or week they seek help, Pannel said. People often have to wait a few months to even get an initial assessment, and this is one of the largest deterrents to seeking mental health care, he said.

One way to address this problem would be to keep the clinic open during evenings and weekends so patients would not have to skip school or work, Pannel said, but the most important way to make treatment more accessible is to train more psychiatric care providers.

"Really our biggest hurdle is that it's hard to find qualified people to deliver this health care at every level, whether it's psychiatrists, psychiatric nurse practitioners, licensed therapists, the whole team," he said. "There aren't enough people being trained to do it."

The Student Counseling Center has already started addressing the issue of long wait times by implementing walk-in appointments and making the center's phone line available after business hours, Kavalsky said. Both changes started this semester to help students in crisis.

The university also started the Let's Talk program, which places clinicians from the counseling center at different locations throughout campus so students can drop in for short conversations about their struggles. The clinicians might provide additional resources for students, and the consultations are free and confidential, according to a flyer from the counseling center.

Encouraging students to seek help if they are struggling and removing the stigma around mental illness is Kavalsky's top priority, she said.

"I think it's important to give people a message of hope that you can get better, that there's treatment out there and you don't have to suffer in silence," Kavalsky said. "For so many people, there's a lot of isolation when you're dealing with mental health needs. I really view getting help as a sign of strength, not weakness."