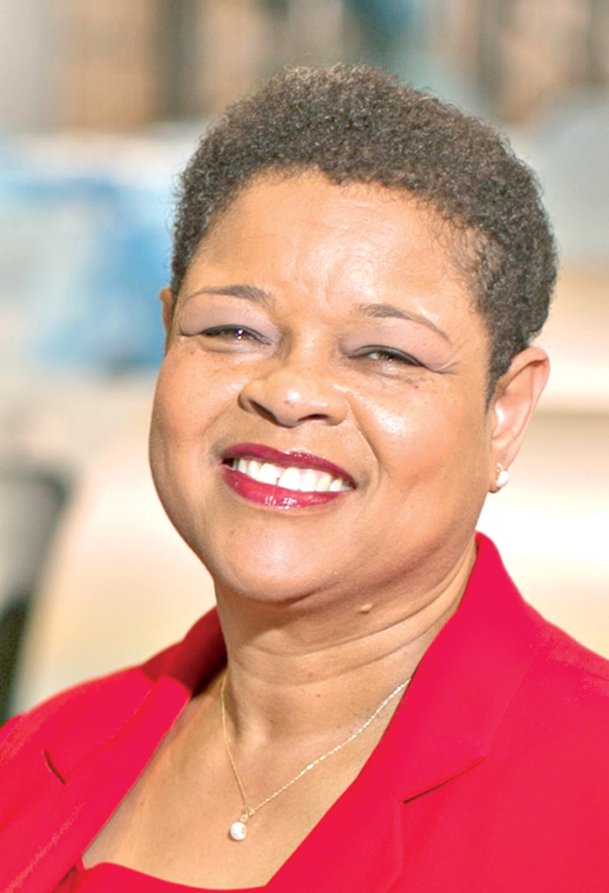 Brenda Lathan will retire as executive vice president for economic development at the Golden Triangle Development LINK at the end of the year. In her 20-plus years with the organization and its predecessor, Lathan has helped bring three mega-sites to the area as well as the procurement of 7,000 acres of land for economic development projects. Photo by: Courtesy photo

If Joe Max Higgins has become the face of economic development in the Golden Triangle, Brenda Lathan may well be its spirit.

Higgins' arrival as CEO of what is now known as the Golden Triangle Development LINK 17 years ago heralded in a robust new era in economic development in the area, but it is Lathan whose story most closely parallels what has happened over the past 20 years.

Lathan, the LINK's senior vice president of economic development, will retire at the end of the year, closing the book on her own remarkable story.

In 1999, Lathan went to work as a receptionist for the Columbus Lowndes Economic Development Authority (CLETA), the forerunner of the LINK, which has expanded to provide economic development support for Oktibbeha and Clay counties as well as Lowndes County.

"To be honest, when I got the job I didn't know anything about economic development," said Lathan, 62. "But I had worked at ICON and had experience with RFPs (request for proposals) and that was in the job description. ... That's probably why I got the job."

Lathan answered the phone, she said, but there wasn't a lot happening in economic development at the time, which left her time to catch up with the technology that was just beginning to impact the workplace.

"Email was just starting to get used a lot, as well as PowerPoint and other programs, so I learned that," she said. "I learned about research, too -- where to find information, who to go to the find it. That's my love. I had a pretty good handle of that by the time Joe Max arrived."

If Lathan was prepared for bigger things, so was the area.

"Just before Joe Max came, we got American Eurocopter (now Airbus)," Lathan said. "That was what we considered a big project at the time. It was a small investment, but it was something we hadn't had in the area. It was a big deal for us then."

Lathan said, looking back, Higgins arrived at a perfect time.

"He came in with a vision, which was what we needed," she said. "He got everybody to buy in to that vision and we've done some wonderful things -- three (industrial) megasites in 10 years and we've purchased 7,000 acres of land for development, just a lot of things. For a lot of those years, it was just the two of us working on it -- me and Joe Max."

It didn't take Higgins long to realize what an asset he had.

"I saw all the things she was doing," Higgins said. "The thing that really stood out was that she was an organizational freak in every sense of the word. When you wanted to lay your hands on something, she was the one that could make that happen. Around here, we call her the Vault -- everything is either in her head or her files."

Higgins said he made it his goal to help her reach her potential.

"I brought her in and told her she was too valuable to be answering the phones," Higgins said. "I told her we were going to work on a personal development plan for her. She didn't even know what I was talking about. But we got her into the classes and training she needed and she became the first African-American woman to become a certified economic developer. There are only 1,100 certified economic developers in the country and we have two of them (Higgins is the other), which is unusual."

The calm in the storm

Although the two have worked seamlessly together for 17 years, their personalities could not be more disparate -- the temperamental, gregarious Higgins and the calm, more circumspect Lathan.

That difference revealed itself early in the relationship.

"Something happened -- I don't remember what it was -- and Joe Max just had one of his rants and was yelling at everybody," Lathan recalls. "It shook everybody up. Everybody was scared. But I wasn't. They asked me, 'Why aren't you scared?' I told them, 'Honey, my daddy invented those words. (Higgins) doesn't scare me. I've heard it all before.'"

Higgins, in mid-tirade, overheard Lathan's comments and brought her into the office.

Lathan's influence has been important in other ways, too, said Macaulay Whitaker, the LINK's chief operation office, who arrived in 2011.

"Brenda Lathan is, by far, the best mentor I've ever had, both personally and professionally," Whitaker said. "We work in a male-dominated industry and it's not uncommon to walk in to a meeting and be the only woman in the room. Well, Brenda wasn't just the only woman in the room, she was often the only African American in the room. But she never once let that impede her progress or affect the quality of hr work. She wouldn't let anything stop her. That's an incredible thing to witness."

Her unflappable nature also served as a calming effect in a field that can be chaotic.

"Our styles are different, for sure," Higgins said. "I remember one time in particular. We were rushing to meet a deadline and it was really coming down to the last minutes. I'm running around, yelling, telling everybody to hurry up. I look over at Brenda and tell her, 'Come on. We've got to hurry!'

"I said, 'I want to hear you yelling, running around, your hair messed up,'" he continued. "But that just wasn't Brenda. We made the deadline. Everything was fine. She got it done."

Whitaker has her own recollection of Lathan's soothing manner.

"That's Brenda," she added. "She's very balanced, very reliable. She has a way to see things clearly and do what needs to be done."

At 62, Lathan is retiring young. She said she'll spend her time working with church projects and on the many boards she serves on and do some part-time consulting work.

She wants to make sure she enjoys her retirement years.

Lathan's retirement is one of several changes on the LINK staff.

Kylee Rossiter has joined the staff as office administrator. She will maintain office efficiency and scheduling and serve as the first point of contact for both the LINK and the Columbus Lowndes Chamber of Commerce.