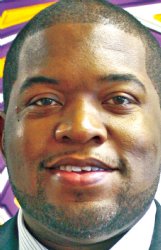 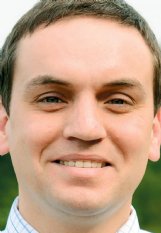 A federal judge has dismissed without prejudice a lawsuit against Columbus Municipal School District filed by former Superintendent Philip Hickman.

Hickman, who served as CMSD superintendent from July 2014 until his firing in February 2018, filed the lawsuit in the Northern District Court in Aberdeen in December 2018. In the suit, he named board president Jason Spears and board members Josie Shumake and Fredrick Sparks, and alleged multiple occasions when board members threatened or made racially-charged comments toward him.

He requested a jury trial and sought compensation for lost wages and emotional distress, as well as a "public apology to restore my reputation."

School district attorneys responded to the suit with a request that the case be dismissed.

According to court documents, Judge Sharion Aycock dismissed the case in November, based on Hickman's improperly notifying the school district and board members of the suit. Federal Rules of Civil Procedure require that generally service of process must require a copy of the complaint, and that in-state defendants be served by an individual, rather than the summons going through the mail. However, Hickman mailed only a first page of the summons -- with no copy of the complaint he'd filed -- to the board members and current Superintendent Cherie Labat at CMSD's central office.

Aycock dismissing the case without prejudice means Hickman can potentially file another suit based on the same grounds.

Hickman filed the complaint pro se, meaning he did not have an attorney.

Spears said he couldn't comment on the specifics of the case but that he and the other board members are glad to "move forward" from the case.

"We're very appreciative to the council that's represented the school district and our interests in this particular case and for them to have been so diligent in our efforts to see that CMSD could move forward," he said.

Hickman did not return calls from The Dispatch by press time.