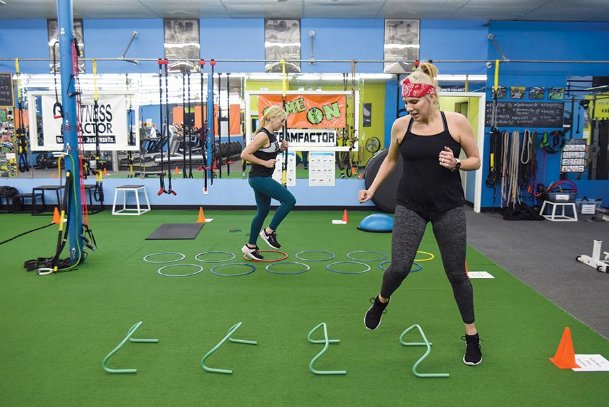 YMCA program director Salem Gibson works out on equipment at the downtown Columbus Y on Thursday evening. Gibson said people often set unrealistic goals or become too intimidated to go to the gym, which keeps them from getting in shape. He recommended "taking the leap" and joining a gym in the new year.
Photo by: Isabelle Altman/Dispatch Staff 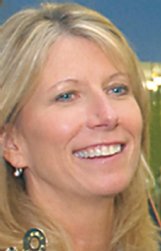 Salem Gibson knows just how hard it can be for people to achieve their fitness goals -- and how intimidating it can be for them to walk into a gym for the first time.

The downtown Columbus YMCA's program director has been working there since he was 16, and he has seen plenty of people over the year join the Y in January and February, often with high -- sometimes unrealistically so -- expectations, only to abandon their goals within a few months.

"People get used to the fact that it's New Year's and it's a 'new them,' but if you don't change your lifestyle it's not really a new you," Gibson said. "So you have to choose a healthy lifestyle inside the gym and outside in order to get the results you want."

Beth Jeffers, owner of The Fitness Factor on 18th Avenue North, sees the same thing. When people set unrealistic goals that they then cannot meet, they become discouraged and "just revert back to where they started."

"I think that a lot of times people try to make too many changes at one time, so when they set their goals, they might try to lose weight, start exercising, quit smoking -- lots of different big things in their life and they try to change them all at once and in a quick period of time," she said. "We really try to encourage people to make more of a lifestyle change. I always tell people, especially for weight loss, if it seems easy, then it's not going to stay."

Anyone wanting to become a "new me" needs to embrace new eating habits and set realistic goals. Jeffers said losing about a pound or two per week is good, as is starting exercise gradually, rather than trying to work out for a set number of hours seven days a week.

"You come out of the blocks hard, then you kind of fade and then you quit," she said. "I think it's better to come out of the block slower, start enjoying it and see the difference and how you feel different. It's going to sell itself in its own way, because you'll feel better. Your health will be better."

"It's one of those things where it's kind of addictive, because once you do get in the swing of things, you crave it," he said.

Another factor keeping people from attaining their fitness goals -- or even creating those goals in the first place -- is intimidation, they said. People worry about factors from how everyone at the gym will already be fit to the outfits they're supposed to wear, Jeffers said. People also don't want to feel ignorant when they walk into a gym and see exercise equipment they don't know how to use.

"No one wants to go in a place and not know about anything they're talking about, and a gym's a common place for that to happen," Gibson said. "You come in and you see these crazy-looking things and you almost have to wait until you see someone get on it before you feel comfortable getting on it."

Some gyms go out of their way to address those concerns. At the Y, Gibson said, staff put new members through assessments and help them decide which equipment to start using. Staff also recommend new members join a class, so that they meet people who then expect them to be there.

The Fitness Factor also offers classes and some personal training, but Jeffers recommended people try out different gyms and find one where they're comfortable.

"The biggest thing is do you feel at home in that gym," she said. "... Otherwise you're going to waste your money."

For someone who isn't ready to take that step, Jeffers recommended finding some way to move. Both she and Gibson said walking every day is a great way to start.

While both Gibson and Jeffers said they see plenty of people peter out in late February or March after making New Year's resolutions to get in shape, there are also success stories.

One of those success stories is now a trainer at The Fitness Factor, Jeffers said.

"When she came into our gym, she was totally intimidated," Jeffers said. "... She never really worked out in a gym, she just worked out by herself. So it was scary for her. And then she felt at home at our gym and started meeting people and liking it, and then she changed her eating habits. She was an accountant by trade, and she basically got into (fitness) so much that she wanted to be a trainer."

At the Y, which has programs specifically for people suffering from Parkinson's, arthritis and other diseases, Gibson has seen plenty of success.

"There are these small little success stories throughout, but I always tells people, if that's what you're looking for, you can't have that until you get in the gym," he added. "You can't be a success story until you enter the gym. You've got to take the first leap, and I think ... that's the hardest part to break."