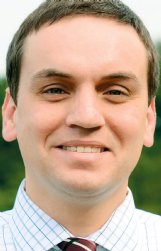 Repairing leaking roofs in most schools in Columbus could cost an estimated $8.8 million, according to a report presented to the Columbus Municipal School District Board of Trustees Monday night.

Assistant Superintendent Glenn Dedeaux, who was tasked with assessing the maintenance status of the school buildings last year, said roof repairs need to be prioritized. Some roofs suffered damage during storms in October, he said, and aging roofs at some campuses require constant maintenance.

Those projects do not include the roof at Hunt Success Academy, which a tornado destroyed last February and which will be replaced primarily through insurance and disaster relief funds.

District staff also found a major leak in the roof above the Fairview Elementary School cafeteria, which was renovated in 2017, according to the district maintenance director Stephen Little. "Over by the window where you come in, it leaks pretty good over there," Little said. "And we have some in the hallways also."

The costs for roof repairs were estimated based on a flat rate of $16 per square foot, Dedeaux said. Repairing roof leaks just at Columbus High School, which boasts the largest student population of all Columbus campuses, could cost $4.3 million, according to the estimate.

The presentation also identified other needs, such as air conditioner replacements and window repairs, which would cost hundreds of thousands of dollars. The district's spending on school maintenance was $195,207 in Fiscal Year 2019 and around $230,000 in each of the previous fiscal years.

To pay for the roof repairs, board president Jason Spears said the board would explore different funding sources. Aside from its annual budget, the district could dip into its capital improvement fund -- which now sits at roughly $3 million -- or insurance coverage for buildings damaged during natural disasters, Spears said. As for the 2-year-old roof over Fairview cafeteria, he said the board would circle back and negotiate with the then roofing contractor.

In other business, the board looked at potential incentive programs for the redevelopment of The Magnolia Bowl, a Columbus landmark that has sat idle for decades at the north edge of the city's downtown historic district. Attempts to revive the once-clamoring football field stalled and failed over the past years.

The site is designated as public school trust land, which means any project to redevelop the site requires approval from the Secretary of State's Office, Spears said.

"(It) just takes a lot longer to get it through all the different channels," he said.

Having completed data analyses on the site and explored funding options, the district is now ready to consider more detailed proposals to incentivize developers, Spears said. The board was interested in several options, including bonds and tax credit programs for low-income housing and commercial development, he said.

Reviving the Magnolia Bowl would bring more revenue to the school district, alleviate the tax burden on the community and improve the quality of life, Spears said.

"There's just an exponential amount of opportunities created out of that site being redeveloped, or being developed, I should say," Spears said.