Dorothy comes to Columbus: CMSD holds red carpet for the premiere of student-made 'The Wonder Grove Wizard of Oz' 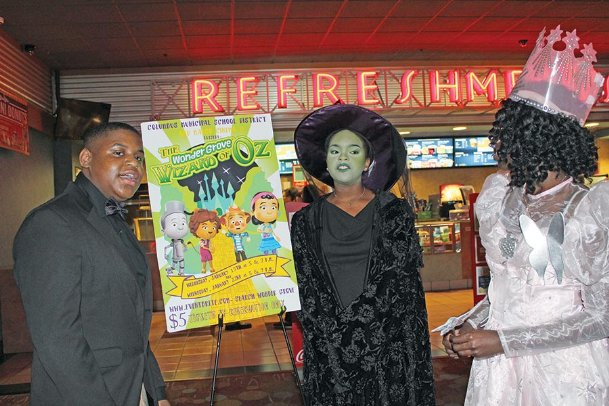 Columbus Municipal School District math coach and former librarian LaToria Johnson, right, dressed as Glinda from the 1939 film "The Wizard of Oz," stands with Columbus Middle School eighth grader Jamar Taylor and seventh grader Alexandria Magee, dressed as the Wicked Witch of the West. Both students recorded lines for scenes in the student-made movie "The Wonder Grove Wizard of Oz," which made its Columbus premiere at Malco Cinema Wednesday night. Taylor played a gatekeeper and a munchkin, while Magee helped design scene background. Taylor is the son of Trena Taylor and Magee is the daughter of Jennifer and Antonio Magee. Photo by: Isabelle Altman/Dispatch Staff

Students from Columbus Municipal School District who worked on the student-made film "The Wonder Grove Wizard of Oz" disembark from a limousine at Malco Cinema in Columbus Wednesday afternoon for the Columbus premiere of their movie. CMSD teachers and administrators threw a red carpet celebration for the students at Brandon Central Offices and hired a limo to take the students from there to the theater.
Photo by: Isabelle Altman/Dispatch Staff

Columbus Middle School student Michael Balthazar walks the red carpet at Brandon Central Office in Columbus Wednesday afternoon before the Columbus premiere of the film "The Wonder Grove Wizard of Oz." The film, produced by Hollywood production company Wonder Media, was made by students from all over the country, including CMS and Stokes-Beard Elementary in Columbus.
Photo by: Isabelle Altman/Dispatch Staff 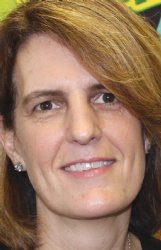 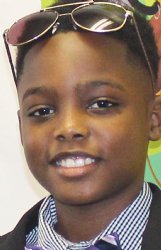 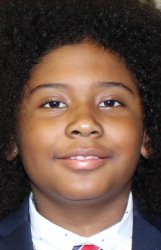 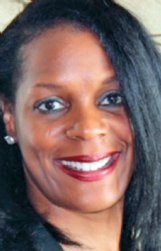 It's not often that Malco Cinema in Columbus hosts the stars and designers of the movies it shows.

But when a limousine pulled up in front of the theater and expelled a crowd of students, their family members and faculty from Columbus Municipal School District just after 4:30 p.m. Wednesday, that's exactly what happened.

The students came straight from a "red carpet" event at CMSD's Brandon Central Office to the showing of "The Wonder Grove Wizard of Oz," a movie animated and voice-acted by students from schools around the country, including Stokes-Beard Elementary and Columbus Middle School.

CMSD is one of several school districts that partnered with California-based Wonder Media, a Hollywood production company that wrote and produced "The Wonder Grove Wizard of Oz." Using Story Maker, a literacy and technology platform that helps teach the basics of building a 3-D animated story, the students created two scenes for the roughly one-hour movie. Students drew the backgrounds and brought to life characters pulled straight from Frank L. Baum's "Wonderful Wizard of Oz."

Computer lab teacher Kimberly Hyde, who worked with the students with Story Maker, said the students have been using Story Maker technology for the past couple of years to produce their own news program, but it wasn't until last year that Wonder Media approached district administrators and teachers about letting the kids help make the movie.

Though the script was written and each character designed by producers at Wonder Media, the students recorded lines and handled the characters' movements in each individual scene.

"Our students did the voices, did the animation, and they had to splice everything and put everything together," Hyde said at the red carpet premiere, before the students all headed to the theater. "... When they were satisfied with their voice acting and the motions, the animations, that they did with these characters, then we emailed all of that to Wonder Grove and the Wonder Media team put it all together, and that's what you'll see tonight."

Stokes-Beard student Malik Baldwin explained he and the other students working on the animation came up with the characters' movements based on what was happening in the scenes and what emotions the characters were feeling.

"So if I was sad, it wouldn't be a happy movement, it would be a sad movement," said Baldwin, who in addition to handling some animation got to voice his favorite character, the Scarecrow.

"A sad movement would either have a frown on his or her face, wiping her tears or just something like that," he added.

On Wednesday when the two scenes CMSD students created came on the movie screen, the 150 people in the theater all began cheering and clapping.

"We were in a forest and there was a road, and then we saw a robot-like character that was far away, but it wasn't moving," said Stokes-Beard fourth grader, Richard Smith, describing the first scene. "So we went up ... to get a closer view and we found out that it was rusting, so we put oil on it to make it feel better and to fix the robot. That was the scene where I was Dorothy."

Hyde and CMSD Superintendent Cherie Labat held the red carpet premiere before the movie to give the kids a taste of the full Hollywood experience. Students in formal clothes -- or sometimes dressed as characters -- posed for their pictures, chatted with media and ate their fill of popcorn before piling into a limousine to see the movie, which had them laughing and clapping the whole time.

"What more excitement for these children in Columbus, Mississippi, then to have a red carpet premiere" Hyde said. "... Treat them right. They earned it."

Labat said all 300 seats for the movie's two showings Wednesday night were sold out, and tickets are still selling for next Wednesday's two showings as well. If they keep selling, Malco may show it for a third day, and after that, CMSD will show it at each school.

She added she hopes residents get to see the movie and support the kids.

In the very last scene CMSD students worked on, when Dorothy is about to leave Oz and go home, she says, "I want to get back to Columbus."

"Her home was in Columbus," Labat said.