Some road projects ongoing, others about to begin 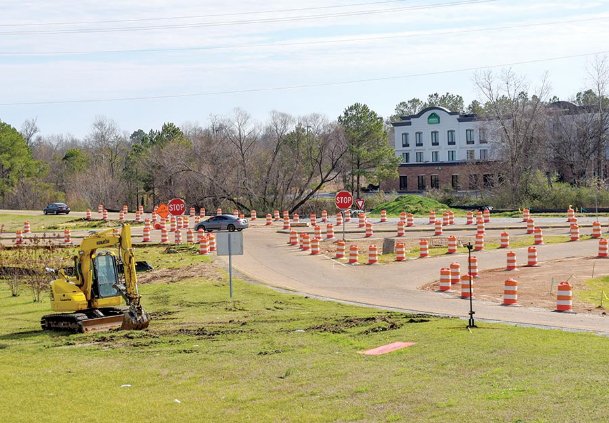 Construction of semi-roundabouts at Military Road and Highway 82 continues as traffic navigates the road barrels in the work area. Mississippi Department of Transportation has contracted with Gregory Construction on a combined $5 million project for improvements at the Military and 18th Avenue intersections with 82. Photo by: Deanna Robinson/Dispatch Staff 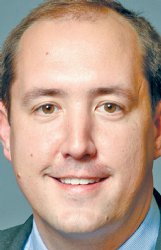 The first of many roundabouts in downtown Columbus could be up and running by the end of this year, City Engineer Kevin Stafford told Columbus Exchange Club members at the Lion Hills Center Thursday afternoon.

The roundabout at the intersection of Second and Main streets next to Harvey's restaurant is the first piece of a $4.5 million traffic improvement project along the corridor that connects Highways 82 and 182 with downtown Columbus, Stafford said.

"Sixty percent of the accidents (along the downtown corridor) that happened there were people hydroplaning off the road coming into town and out of town," Stafford said.

Roundabouts are effective in slowing down the speeding traffic and allow pedestrians a safer crossing, he said.

"There's just not that kind of money sitting around in the city," Stafford said of the cost to improve the entire corridor. "Plus, this is the DOT right-of-way, so they would have the funds and the ability to afford this project."

Additional roundabouts are planned at the Island Road, Third and Fourth street intersections along the corridor, and pedestrian crossings will be added to each improved intersection, Stafford said. There's too much traffic at Fifth and Main Street for a roundabout, he said, so the current signal will remain intact. There are traffic flow and pedestrian safety measures planned for that intersection as part of the overall project.

The city uses loop detectors at some traffic signals to monitor the traffic flow and automatically adjust the signal wait time accordingly, Stafford said. But loops are underground and dependent on road conditions, he said, and no local contractors can fix the loops once they are broken.

To increase the efficiency, Stafford said the city will start replacing broken loop detectors with above-the-ground radars, which he said last longer and are easier to maintain.

"One radar unit can detect all the traffic on one side of an intersection," he said.

Stafford also updated the club members on the interchange improvements along Highway 82. The two-part project, a $5 million package between the state Department of Transportation and Gregory Construction, includes two "semi-roundabouts" on Military Road and a series of traffic upgrades on 18th Avenue.

Gregory Construction could not be immediately reached for comment on the project.

Semi-roundabouts do not allow drivers to take a full circle around the central island if they miss their turns. Instead, those who take the wrong exit will have to make a U-turn further down the road to get back to the circle. The roundabouts on Military will be lit and paired with flashing signs, Stafford said, and the roadway between the two roundabouts under the bridge will be reduced to two lanes, with one lane each way.

The project was originally scheduled to reach completion by May, but the recent rainfall may have slowed down the process, Stafford said.

Also mentioned during the meeting were the renovation of Sim Scott Park, the city's most used community center that was destroyed in the February tornado, and the ongoing construction of the Sen. Terry Brown Amphitheater.

Despite delays due to the recent storms, the construction crew is now laying the groundwork for the 9,000-square-foot new community center, which will feature a large room for activities, two classrooms and a senior center in the back side of the building, Stafford said. The city also voted last week to hire two local contractors for entryway building and fencing at the amphitheater.