Elm Lake, three other neighborhoods to get fiber optic internet 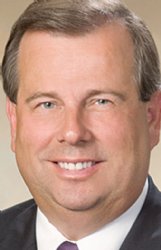 C Spire has chosen the first four areas of Lowndes County and Columbus to lay fiber optic infrastructure and begin the process of bringing gigabit internet service to the county.

Each of the residential areas contains at least 600 homes, Miller said.

C Spire and Lowndes County board of supervisors entered a 25-year agreement in August allowing C Spire to lay, construct, maintain, replace, repair and operate fiber optic cables throughout the unincorporated areas of the county, though Miller said the first phases also include areas in Columbus. Harry Sanders, president of the board of supervisors, said the county has entered into similar arrangements with companies like AT&T and Sparklight in the past. C Spire's will be the fastest internet service available to these residents, however.

C Spire will be responsible for maintaining and restoring the areas where infrastructure is built, and the county will receive 5 percent of customer revenue from C Spire's television service, according to previous reporting by The Dispatch.

The four residential areas were chosen based on both the areas' population density and interest from residents, Miller said. C Spire uses a crowd-based marketing model in which interested homeowners can report their addresses to C Spire online.

"If we have enough interest in those areas, those are the next areas we build in," he said.

Construction on the cables should start near the end of March or beginning of April and is expected to take a couple of months.

He said there are some other areas within Columbus that could receive the infrastructure after the first four neighborhoods.

Residents in the four neighborhoods will have access to gigabit internet, or 1,000 megabits per second, which allows multiple devices to use the internet at one time while still reducing buffering time -- something that is increasingly important in a world where more and more home devices can connect to the internet, Miller said.

"To us, it's about the connection to the home," he said.

Those devices can include everything from live-streaming TV and digital voice assistants like Siri and Alexa to home security cameras and lighting.

"If you look at how people using these gigabit connections to the home, it's about transforming today's home into a smart home," he added. "... All of that on a robust, quality, consistent internet connection and then good Wi-Fi services in the home."

He said even residents who don't become C Spire customers will receive benefits, as property values increase by about 3 percent just by being in proximity of fiber optic infrastructure.

While Sanders pointed out that C Spire is starting with the more financially feasible large neighborhoods to begin laying the infrastructure, he is still happy about increasing access to fiber optic infrastructure, which he said is faster and more secure than satellite internet and other forms of internet providers.

"I think it's great," he said. "There are some areas that you can't even have internet out in the county unless you sign up for very expensive stuff."