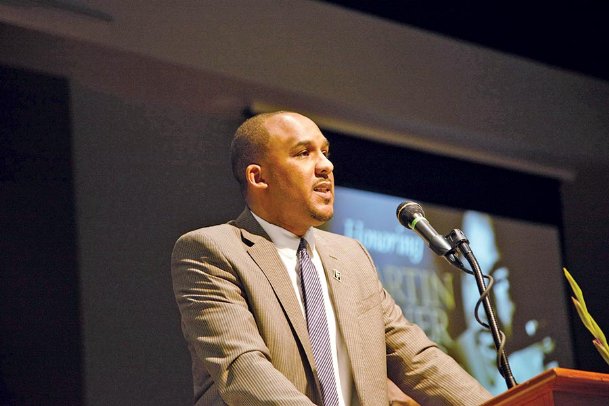 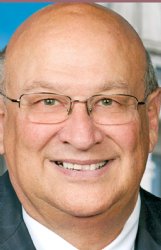 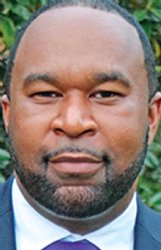 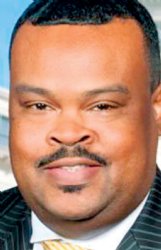 To honor the civil rights leader King's legacy, Colom said he decided to speak up about a challenging issue that "asked us to see the dignity and humanity in others." Mississippi's prison conditions, he said, are "already inhumane."

"Our prison system is in a state of emergency," Colom said, addressing the recent deaths of inmates and poor living conditions behind bars.

Five inmates were killed within days earlier this year, and another inmate was found hanging in his cell at the Parchman prison Saturday evening, the Associated Press reported. Two others died in Parchman Monday night, according to Mississippi Department of Corrections.

Meanwhile, the Mississippi Center for Investigative Reporting has revealed photos of molded walls, flooded hallways, rats running rampant inside the cells and more.

"The last inspection report found that 300 cells didn't have electricity," Colom said. "One building had one working shower for 50 inmates."

Coupled with the deteriorating living conditions and increasing violence, Colom said, is the sharp decline in the number of prison guards and shrinking budgets for the Department of Corrections from the state Legislature, even as state and federal agencies warned state leaders that "Parchman was a ticking time bomb."

"If these current conditions don't drastically improve, it's only a matter of time before the entire system is under (federal) government oversight..., leaving state policy makers as merely spectators," Colom said. "How many more people have to die in the meantime?"

Calling for solutions to fix the prison system, Colom urged the Legislature to prioritize pay raises for prison guards, which he said would attract better candidates for the job and discourage them from taking bribes. The starting salary for prison guards at Parchman is $25,650, AP reported.

"We can't expect people to do one of the most dangerous jobs in state government for the same amount of money as somebody working at fast food," Colom said, earning a round of applause from the audience.

Another solution, Colom said, is for newly elected Gov. Tate Reeves to use his clemency power to pardon eligible inmates, reducing the jail population and the cost thereafter. He suggested the governor should set up a committee to recommend inmates for pardons based on the reviews of prison behavior records and to hold hearings to gather public opinions.

The policy, which rewards good behaviors, would offer incentives to prisoners to better behave, Colom said.

"This improves the safety and conditions of our prisons without costing a dime," he said.

In response to Colom's suggestions, Reeves' spokesperson Renae Eze said in an email that "all options for improving the system are on the table." The governor is in search for a new Department of Corrections commissioner and has asked a state Bureau of Investigation officer to look into the prison system, Eze said.

"Progress will happen one day at a time, and Governor Reeves will be there every step of the way," Eze said.

Chism: Prisons getting 'our full attention'

In the wake of the problems across Mississippi prisons, local lawmakers all agree that it's vital to retain prison guards with higher pay. They also agree it should be the Legislature's priority to fix the system, but they differ on the fitting approach.

Rep. Gary Chism (R-Columbus) said the prison system has not been a high priority for the Legislature until the outbreak of the riots.

"Because of the deaths and because of the gang activity that is occurring now," Chism said, "they are going to get our full attention."

But money is not the only answer, Chism said. Aside from the pay raise for guards, he recommends setting up more drug courts for non-violent drug-related crimes instead of sending those offenders to correctional facilities. In addition, Chism called for consistency among judges' method of sentencing, saying that the sentences should be kept minimum for non-violent crimes.

"Sometimes, some judges give twice the amount of time to be served as other judges," Chism said.

Hoping to dial down gang activities in prisons, Chism said the only solution now is to transfer gang members to private prisons to protect other inmates from harm. Former Gov. Phil Bryant had moved 375 prisoners to private facilities, many of whom Chism said were "hardcore" gang members.

"Once they have really taken hold of a facility, it's hard to stop them," Chism said. "In some of the cases, they actually run the prisons. As an inmate, you are really scared not to join. Otherwise you are going to be isolated and picked upon."

Rep. Cheikh Taylor (D-Starkville) however, disagrees. Instead of fixing the prison system, he said, the approach would allow private prisons to gain profits.

"The root cause (of the problem) is that people are being treated like animals, and, because of these harsh conditions, starting to behave like them," Taylor said. "Shipping people around is not solving the problem."

Taylor said he would introduce legislation to reduce jail population, such as eliminating minimum sentencing and making it easier to qualify for parole in cases of non-violent crimes. A smaller prison population could save millions of dollars for the state, he said, money that could be reinvested into workforce training and mental health treatment for inmates, among other things.

Agreeing with Colom's suggestions, Taylor said granting clemency would be "the ultimate show of compassion" for the new governor.

"We have to look at a well-rounded, holistic approach to criminal justice," Taylor said.

Rep. Kabir Karriem (D-Columbus) said the riots reflect the deeper problem of an overpopulated prison system. He said the state needs to develop a healthier program to introduce former prisoners back to society, which is one of the objectives held by the Mississippi Legislative Black Caucus that he vice chairs.

"We've got over 800 people right now that are eligible for parole but can't be paroled because they don't have a (home) address to go to," Karriem said. "Now we need some clear-cut legislation that will help bring our folks back home."