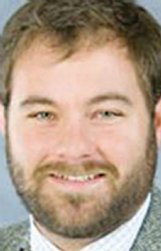 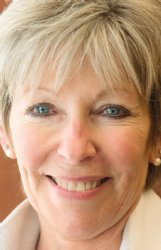 STARKVILLE -- The Starkville-MSU Area Rapid Transit system saw increased ridership in 2019 for its campus and city routes, director Jeremiah Dumas reported to the board of aldermen Tuesday.

"The thing we're most pleased with that's consistently growing are the city routes," Dumas said during a public hearing for SMART that was part of the board of aldermen's recess meeting.

SMART, which is an expansion of the on-campus transit system at Mississippi State University, began offering buses and routes in the city in 2014, funded primarily through a Federal Transit Authority grant. An annual public hearing is one of the grant's requirements.

MSU provides the lion's share of the grant's local match, with the city providing $50,000 annually since the grant for expansion was first awarded in 2012. Oktibbeha County began also contributing $50,000 last year.

Riders can use the system for free.

"Numbers aside, we're impacting quality of life and meeting a need that was significantly unmet before," Dumas told The Dispatch after Tuesday's meeting. "... We (have conducted) surveys that show 35 to 40 percent of our riders on the city routes are carless. So we're providing an option for transportation they otherwise would not have."

That's especially true with Paratransit, Dumas said, a door-to-door transportation option for citizens with disabilities that's ridership nearly doubled in 2019 -- to 6,177 from 3,977 in 2018.

Through Paratransit, residents must have a disability or medical need, fill out an application and give SMART 24-hour notice for when and where they need to be picked up. Dumas said expanding the Paratransit fleet from one to three vans in 2019 and hiring new drivers created more reservation slots that could be filled.

Plus, though SMART's regular routes only run in the city limits and on campus, qualifying residents throughout the county have had access to Paratransit since August, and Dumas said SMART has already logged 100 Paratransit trips outside the city limits.

"Paratransit is a point of pride for us," he said.

In 2020, Dumas -- who heads SMART by virtue of being director of parking and transit services at MSU -- the program sports a $9.4 million budget to fund such things as operations and new buses to replace aging vehicles in the system.

SMART has also banked, through MSU parking and transit auxiliary funds, the 20 percent match necessary to apply for a $4.5 million grant from the Mississippi Department of Transportation to build a new command center on campus at the corner of Buckner Lane and Hail State Boulevard. The building's design is complete, and SMART awaits the grant funds to begin construction.

Mayor Lynn Spruill acknowledged after the meeting the skepticism among citizens in the early years of SMART that a public transit system could sustain in Starkville, some of that fueled by claims buses with no passengers were clogging the streets. Now, she said, the numbers are speaking for themselves.

"I'm such a fan of the SMART project," Spruill told The Dispatch. "It's one of those things that shows me we're as urban as I believe we are. It's really well used in the city, and even if you see a bus go by that's empty, the next one that comes by has several riders.

"It's coming together," she added.