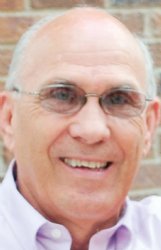 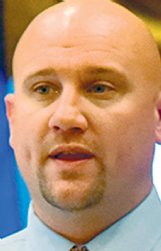 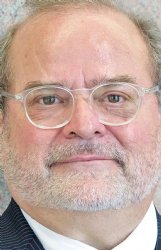 Whenever Lowndes County Justice Court Judge Ron Cooke imposes a fine on someone, he always asks them, "How much can you afford to pay?"

In most cases, he just needs to know how much money the court can expect monthly from that defendant. But sometimes -- primarily for people found guilty of driving under the influence -- the defendant must pay a separate fee for private probation companies that monitor court payment plans and those attending court-ordered programs.

Private probation companies work with lower courts that typically deal with misdemeanor crimes like traffic violations, DUIs and domestic violence. Unlike circuit courts, which deal with offenders charged with serious felonies and rely on Mississippi Department of Corrections probation officers to monitor them, judges and clerks in municipal and justice courts often rely on companies to ensure offenders follow judges' mandates.

However, not everyone in the justice system agrees with this approach. Steven "Woody" Woodruff, a 20-year law enforcement veteran and investigator for the 16th Circuit District Attorney's Office, opposes the practice, recently authoring an op-ed titled "Probation for Profit," which ran in multiple publications in Mississippi earlier this month. In the letter, Woodruff writes the system unfairly targets "those on fixed incomes who can least afford additional expenses" and sentences them to "what amounts to financial incarceration."

Woodruff, who has worked as an investigator in Clay and Oktibbeha counties for several years, told The Dispatch he's known several people who were put on probation because they couldn't afford to pay a fine up front and wound up paying thousands of dollars more in the long run than someone able to pay the whole fine on their court date. He's even known someone who was charged a "supervision fee" while in jail on a separate charge.

He argued the lack of oversight -- unlike bond companies, probation companies are not subject to a regulatory committee on the state level -- makes it easy for the companies to scam people out of money, often by charging defendants cash and not entering formal contracts with courts.

"The way I understand it is if you wanted to open a probation company, you could slap something on your shirt that says, 'Woody's Probation' and walk into the courtroom and say, 'Your Honor, we're the new probation company in town, we wish you would do business with us,'" he said.

He argued that any fines defendants pay as a penalty for breaking the law should be used to support the court system, not for corporate profit.

"I don't like the fact people are profiting from public safety," he said. "... The laws are set up to keep people safe. They're not set out for anybody to profit from."

It's not an unfamiliar argument for Tiffany Englade, director of operations for Court Programs, Inc., a Gulfport-based probation company that works with 100 courts throughout Mississippi, including Starkville Municipal Court and Oktibbeha County Justice Court. She argued her company helps take a load off clerks and judges.

"They're very appreciative of the services we provide," she said, "because if it was left up to the court, that clerk wouldn't know that John Doe didn't pay his fine for the past four months, because they don't have the time to keep up with each individual who goes through the court every month. 'Oh, look, John Doe didn't pay his fine this month. I need to get in touch with him.' That's what we do."

An 'extra arm' or 'extra burden'

"We kind of consider ourselves a community justice program ... where we offer the court an extra arm," she said.

When the company does monitor a person on a monthly schedule to pay off court fines, she said, it charges less than $20 and often waives the charge altogether.

However, she admits probation companies don't answer to an advisory board in Mississippi and that CPI rarely enters contracts with courts, letting judges send it offenders as they come. She also sometimes CPI is paid by offenders and sometimes by courts, depending on the court.

Judges in Lowndes County Justice Court use Mississippi Probation Services, which has an office in Columbus and charges offenders $50 per month for its services. However, Cooke said, those services are almost never just collecting court fines.

"We don't pick on the poor folks," he said. "Those are the ones we actually try to work with."

Judges primarily use the company to help monitor those enrolled in Mississippi Alcohol Safety Education Program, a requirement for everyone with DUIs, including those who paid their entire court fine up front, he said.

However, Cooke admitted he could only speak for Lowndes County Justice Court and that other courts may use them as collection agencies.

The judges for those courts The Dispatch reached out to for this article either did not comment on the record or didn't return calls for comment.

Columbus Municipal Judge Gary Goodwin said he doesn't think any judge in Columbus has used the private companies for years. He avoids using them specifically because of the extra monthly cost to the defendant.

"I try to do fines that are fair and I try to do justice by everybody," he said. "I just try to do what I think is right. If all it is is collecting a payment, I don't need a collection agency. ... It's going to get collected or not, and to double up the cost of that seems to be an extra burden on people. I'm not going to put it on them as long as I'm judge."