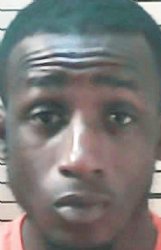 A Starkville man serving an armed robbery sentence became the latest inmate to die in a Mississippi Department of Corrections facility.

Joshua Antonio Norman, 26, was found hanging in his one-person cell in Unit 29 of the state penitentiary in Parchman on Sunday morning. No foul play is suspected, Sunflower County Coroner Heather Burton said. His body has been transferred to the state medical examiner in Pearl, and official cause and manner of death will be determined after an autopsy.

Norman was serving a five-year sentence for armed robbery, for which he was sentenced April 30, 2019, in Oktibbeha County Circuit Court. The charge came from a February incident where he was accused of burglarizing a residence on County Lake Road.

He had already served prison time, from October 2011 to April 2018, for a 2009 armed robbery when he was 15 years old. He was required to pay a $500 fine and obtain his GED while in prison, according to Oktibbeha County circuit court documents. He also had to serve five years of probation, which documents say he violated by failing to pay supervision fees and regularly report to MDOC in late 2018.

According to the Associated Press, at least 11 inmates have died in the state's prisons since late December, most of them in outbursts of violence. Most of the deaths have occurred at Parchman.