Going all in: 18 months after legalization, sports betting brings big bucks to Mississippi 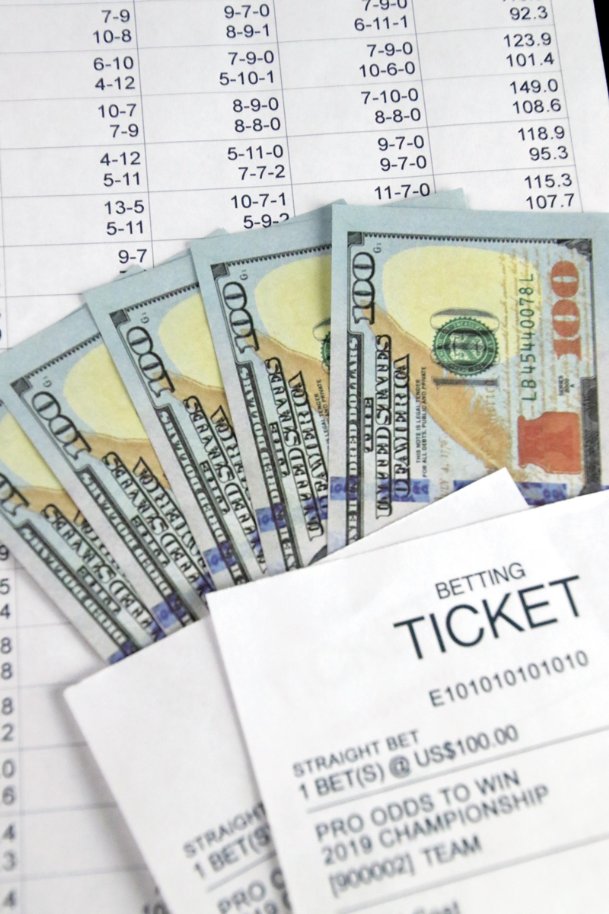 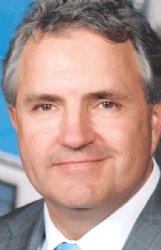 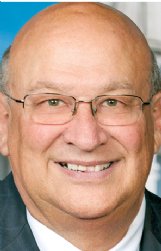 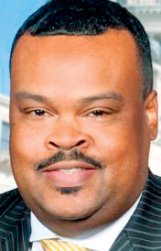 PHILADELPHIA -- Don Coleman is in the wrong Philadelphia.

The devoted fan of the Philadelphia Eagles is seated in the middle of the Sportsbook at Timeout Lounge at the Golden Moon Hotel and Casino in Philadelphia, Mississippi. Two weeks prior, in Tunica, he bet on a playoff game between the Eagles and the Seattle Seahawks. Now he's back for more.

It's Jan. 19, and Coleman, 56, of Mantee, has come to watch the Kansas City Chiefs play the Tennessee Titans in the AFC championship game. He put down a $100 bet on the Chiefs to win by more than 7.5 points, so he's intently fixed on the three screens in the front of the sportsbook that are showing the game. He never considered placing any other bets: "You get in trouble that way."

Coleman doesn't gamble too often -- "I can't afford it," he said -- and he's only been to the Philadelphia sportsbook once before. There, he bet on the Chiefs against the New England Patriots in last year's AFC title game, watching his chosen team lose in overtime.

But a year later, he's cheering on Kansas City once again, enjoying an atmosphere he called "like being at the movies." The sportsbook has privacy, a good-sized concession stand, plenty of comfortable chairs and tables and a full bar up front.

"I think it gives, if you gamble responsibly, more entertaining things to do in Mississippi besides sitting around the house on the porch," Coleman said.

Mississippi officially legalized sports betting on Aug. 1, 2018, after a Supreme Court ruling struck down a nationwide ban that May, and Coleman and fellow bettors have flocked to casinos statewide. Since legalization, $526.3 million has been wagered on sports in Mississippi, generating $59.6 million in taxable revenue.

That has meant a windfall for the state, which earns 8 percent of that taxable revenue to spend on. Another 4 percent goes to local governments where the casinos are located -- a majority are around Mississippi's Gulf Coast. In 2019, the state hauled in $3.56 million in tax revenue, and local governments received another $1.78 million.

"People like doing it, and it's bringing money to the state," Coleman said.

"It's revitalized all the other departments: slots, poker, table games, restaurants," Hardy said. "It's just brought in a lot more foot traffic. Folks don't just come in and make a bet: They come in and have a burger or play some blackjack."

One former Golden Triangle resident -- who spoke to The Dispatch on the condition of his name not being printed -- said he and his friends do just that, taking trips to Philadelphia or Vicksburg six to eight times during football season. Staying at the casino hotel, they'll play golf, eat at a nice restaurant and hit the casino, where some of his friends will spend half the night playing table games.

He estimated his average sports bet is $100 to $300 -- mostly on football games, though he's bet on the NCAA basketball tournament before. During "March Madness" in 2019, he and his friends got lucky at the blackjack tables and decided to place a $1,500 bet on Kentucky -- and won.

When sports gambling was legalized in the state, he "really was shocked."

"Mississippi is generally so behind on anything that's alcohol-related, gambling-related, anything out of the norm," he explained.

Mississippi became just the third state in the nation to offer sports betting, and 13 states currently offer it. It is legal but not yet operational in seven other states and the District of Columbia.

Neither Alabama nor Louisiana, though, is among those states, and bettors flock across the border.

"I think it really is awesome," he said. "There's so many people even on the coast that live in New Orleans who will go over to Bay St. Louis and on into Biloxi. I think it was huge. When you're in Philadelphia, there are probably more Alabama people in the casino then there are Mississippi."

The migration of bettors to nearby states where sports betting is legal has created what American Gaming Association President and CEO Bill Miller called a "neighborhood effect" among state legislators who don't want to get left behind. Active legislation to sanction sports betting is being discussed in 15 states, including California and Florida. Louisiana and Alabama are among the 15 states with no such legislation.

With the expanding landscape, Miller said, legal sports gambling has reached new heights. By the end of the year, he expects roughly 100 million U.S. adults to be able to make a legal sports bet in their home states. Miller said 26 million Americans will place bets -- legal or illegal -- on today's Super Bowl, on which $6.8 billion dollars are at stake.

The AGA sees legal sports betting as a means toward abolishing that sizable illegal market, Miller said. The performance of sports gambling in 2019 is "validation that we're gaining traction."

He also noted the untapped potential sports betting could unleash for sports leagues, particularly the NFL. Viewership is up in the league by 5 percent for the second straight year, and 16.5 million people tune in each week.

Currently, there are 70 partnerships between sports entities and gaming companies; Miller expects that number to surpass 100 this year as leagues realize the financial possibilities.

"The relationship between sports and gaming will only continue to grow as the market expands and matures in the U.S," Miller said.

In the Mississippi House of Representatives, the first vote on the bill failed with 53 "nay" votes. A day later, though, it passed 92-22. The Senate passed the bill 46-6 on March 1.

Both legislators noted the problems sports gambling can cause in a state with as high a poverty rate as Mississippi.

"I'm afraid that people are going to be using money that supports their family to do this, and so I wasn't for it," Chism said.

"It's just like alcohol, drugs or anything else," Younger agreed. "They get hooked on it, and they can't stop."

According to Les Bernal, director of the national organization Stop Predatory Gambling, 60 percent of Americans don't have $1,000 in the bank for emergency expenses. Throw gambling into the equation, and states are "ripping people off" with legalized gambling, he said.

"Sports is the latest frontier for it," Bernal said. "It's a form of consumer financial fraud that directly contributes to the poverty and financial problems that ... hundreds of thousands of Mississippi citizens are dealing with already."

But Rep. Kabir Karriem (D-Columbus) voted yes on the bill, saying it could help detract from the dangers of illegal gambling.

"I think there are a lot of avenues where you can do outside sports betting, and I just thought it would be a legal way, since they're doing it anyway, to get some kind of revenue from it," Karriem said.

Saturday marks 18 months since sports betting was officially authorized in Mississippi, and the state has reaped the benefits.

According to Mississippi Gaming Commission executive director Allen Godfrey, $5 million was wagered in the state during Super Bowl 53 last year. During the 2019 NCAA tournament, $14.4 million was bet in the state.

Even so, Mississippi fell short of its projections for sports gambling for the first fiscal year, from July 1, 2018, to June 30, 2019. The state expected roughly $5 million in tax revenue from sports gambling alone but pulled in about $4 million in all.

However, Mississippi saw an increase in its total gross gaming revenue.

"If the overall gross gaming revenue is higher, then I believe it did what it was supposed to do," Godfrey said. "Did we meet the projection of the sports betting tax revenue? We didn't, but we surpassed it with the tax from the gaming revenue."

Much of the tax revenue generated for the state goes to transportation improvements, which will be supplemented by the state lottery. Powerball and Mega Millions tickets went on sale Thursday.

"There's just some frustrations that still go along with it, but I think it's really cool that Mississippi got out in front of this, and I think it's a great revenue booster," the former Golden Triangle resident said. "Especially with the lottery and everything coming, hopefully some of that money will be given back to the state for improvements."

Coleman, too, is happy to see legal sports betting in the state -- especially that day, when the Chiefs roared back from a 10-0 deficit to beat the Titans 35-24, covering the spread and cashing his bet.