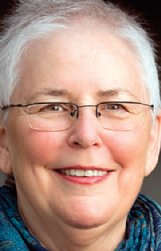 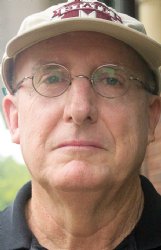 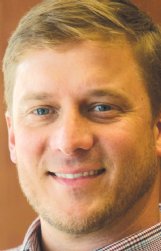 A 4-3 vote Tuesday moved forward a resolution for Starkville aldermen to issue up to $25 million in general obligation bonds for park improvements, including building a tournament ready sports complex at Cornerstone Park off Highway 25.

While issuing the bonds themselves seemed a housekeeping issue, as city voters last year approved a 1-percent tourism tax increase to back them, debate swirled around how to -- and what firm would -- underwrite them. Ultimately, the narrowly approved resolution named the Raymond James firm as underwriter without requiring a bid process for those services.

The bond resolution calls for a repayment term of up to 30 years, something both Ward 2 Alderman Sandra Sistrunk and city financial consultant Nick Schorr said was rare for municipal bonds. Most commercial banks shy away from such long-term bonds, they said, meaning an underwriter with a large capacity and customer base -- like Raymond James, a nationwide company with a significant footprint in Mississippi -- made them easier to sell.

By law, any term more than 20 years requires the participation of Mississippi Development Bank, which Schorr told The Dispatch would operate as a "conduit issuer." As underwriter, the Raymond James firm would actually sell the bonds to institutional and retail investors on the open market "across the country," he said.

However, fees associated with Raymond James' services are not specified in the city's resolution, and Schorr told the board those would depend on market conditions when the bonds are sold, probably sometime in March. At that point, Schorr, who works for Government Consultants, would advise if those service fees were fair market value.

That prompted Ward 5 Alderman Hamp Beatty, and later Ward 1 Alderman Ben Carver, to openly question Schorr on whether the city should request proposals from other firms.

"How do we approve something (like this) without knowing if we're getting the best price and without a competitive bid process?" Carver asked.

Schorr yielded to the board's discretion, saying aldermen could pursue an underwriter with or without bids. But Sistrunk, who moved to pass the resolution and name Raymond James as underwriter, indicated a bid process would be little more than a formality and that most potential bidders with the capacity to underwrite bonds of this magnitude are out-of-state.

"This is a unique set of bonds for us," said Sistrunk, referring to the amount and lengthy repayment term. "There are probably only a couple of underwriters in-state who would submit proposals."

She told The Dispatch after the meeting that any savings seen from RFPs would be marginal and the service fees for underwriting would be similar to "hiring a bond attorney."

Beatty, when his name was called, reluctantly voted "yea," giving the resolution its needed majority.

Speaking to The Dispatch after the meeting, Beatty, who earned a spot on the board in May 2019 in the same special election that passed the tourism tax increase that will fund the park projects, said he supported the no-bid resolution Tuesday to "be a team player as much as I can."

"A lot of this was in motion before I ever came on the board," he said. "... I think we made a good decision tonight to issue the bonds, and Raymond James is certainly a reputable company. I just thought we at least needed to bring up and discuss whether to request proposals."

Carver, too, said he's happy with Raymond James underwriting the bonds. As a rule, though, he supports a competitive bidding process.

In another 4-3 vote -- again with Carver, Perkins and Vaughn opposed -- the board approved a special event permit for Starkville's third annual Pride parade, set for March 21 downtown. Mayor Lynn Spruill again called for a roll-call vote on the measure, but it went forward otherwise without discussion.

In 2018, a 4-3 aldermen vote attempted to block the inaugural Pride parade, organized by a group formed on Mississippi State University's campus, but a federal lawsuit the Starkville Pride group filed against the city drew national media attention and ultimately forced the board to reconsider.

In that instance, Ward 3's David Little, who originally voted against allowing the parade, abstained in a re-vote and allowed Spruill to break the tie to move the parade forward -- in part because the city's legal liability insurance was unlikely to cover the costs of defending the Starkville Pride suit. The last two years, Little has voted to approve the special event permit for the event.