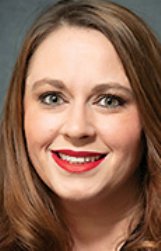 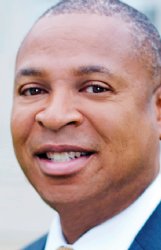 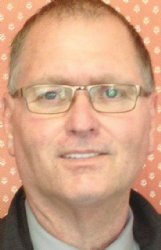 The mother of a second-grader told Starkville-Oktibbeha Consolidated School District board members that administrators never notified her when a school bus was three hours late bringing her child home from school.

Karrie Files, who appeared before the SOCSD school board at its regular meeting Tuesday night, said she and other parents were afraid for their children's safety when the bus arrived late on Feb. 5 -- the day Oktibbeha County was under a tornado watch -- and the district had not contacted the parents at all.

Parents had involved law enforcement in the search for the bus by the time they found the cell phone number of a district administrator and called, Files said.

"The administrator wasn't concerned about the bus," she said. "They were concerned about how we got the cell phone number. There was an entire group of children within our district that was just -- we didn't know where they were."

Another parent found out the administrator had sent the busload of students home on two separate buses because the driver of the third bus was sick, "which is fine, but no one was notified," Files said.

She claimed the incident was just one of several instances of poor communication between the school district and parents. She did not name the district administrator she had called or disclose whether her son attends West Elementary School or Henderson Ward Stewart Elementary School.

Capt. Brett Watson with Oktibbeha County Sheriff's Office confirmed this morning that an incident report was filed Thursday after a school bus on Feb. 5 was "speeding and late," but could not release the name of the person who filed the report.

The bus incident was not the first "major, major breakdown" in communication between the district and her family, Files said. Earlier this year, she did not find out until her son got home from school that he had been sick with diarrhea earlier that day.

The district has also failed to account for the lack of cellular data service in parts of Oktibbeha County, Files said. She contacted the district Monday during the severe thunderstorm and flash flood warnings to ask if the bus would be delayed again. Instead of fulfilling her request to speak to an administrator, the district told her to download an app, which she said she cannot do from home since a tornado in April 2019 knocked down the nearest cell tower.

"I either need to go to the church or to the liquor store to make a phone call if I'm going to use data," Files told the school board. "To get on an app at home, it's not heard of where we're at. We're too far out in the county."

Board President John S. Brown said David Baggett, assistant superintendent for personnel and operations, has already been in contact with Files and her husband. Superintendent Eddie Peasant will be the next district official in touch with Files, Brown said.

"We want to improve those communications, so he's going to reach out to her and discuss those issues that she brought up," Brown said.

Files declined to comment further to The Dispatch after the meeting, saying the district should have a chance to respond to her feedback first.

Peasant told The Dispatch after the meeting that the district does its best to relay information to parents in a variety of ways, including mass text messages and social media posts, but he acknowledged that emergency or last-minute situations can lead to mistakes.

"There are glitches in the process sometimes, and we will investigate the one that (Files) mentioned and address it as needed," he said.