Steens man allegedly held woman against her will, strangled her 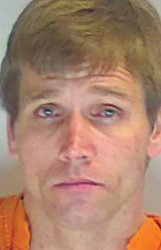 A Steens man is in jail after allegedly confining a woman against her will and choking her.

On Feb. 11, investigators with Lowndes County Sheriff's Office received a report that Cicil Allen Crump, 39, strangled a 26-year-old woman while holding her somewhere against her will, according to an LCSO press release.

The victim is in a romantic relationship with Crump, the press release said.

Crump was arrested Monday and charged with domestic violence aggravated assault by strangulation and kidnapping.

He is currently in custody at Lowndes County Adult Detention Center on $70,000 bond.