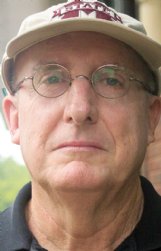 Starkville aldermen unanimously chose Kimley-Horn on Thursday as the consultant for the implementation of the $12.66 million grant the city received in November to revamp a mile of Highway 182, or Dr. Martin Luther King Jr. Drive.

Kimley-Horn and Neel-Schaffer were the two firms the selection committee deemed most qualified out of the four that submitted proposals. The board decided at its regular meeting on Tuesday to take a closer look at both proposals before choosing one.

The entire board had decided by the start of Thursday's meeting that the committee's top choice of Kimley-Horn was the right one. Ward 5 Alderman Hamp Beatty said the firm would bring "more of an outsider's perspective" to the project than Neel-Schaffer would.

The U.S. Department of Transportation's Better Utilizing Investments to Leverage Development, or BUILD Transportation Discretionary Grant program, funds "projects that have a significant local or regional impact," according to the DOT website. The project will make the stretch of road between North Long Street and Old West Point Road more pedestrian-friendly and wheelchair-accessible, increase broadband access and improve infrastructure and stormwater drainage.

The area in question has noticeably declined from the "main commercial corridor" it was in decades past, Ward 2 Alderman Sandra Sistrunk said.

"I want us to have a product when we're finished that shows that we're making an investment in that area," she said.

Kemp will be the project manager for the city, and engineer Clark Bailey will be Kimley-Horn's project manager. Bailey said he has worked on similar projects in Birmingham and Mobile.

The project must be fully accepted and approved by the Mississippi Department of Transportation by September 2021.