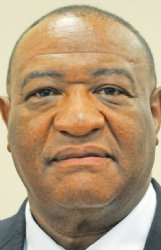 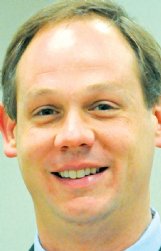 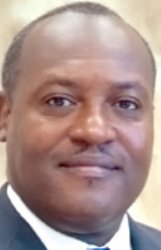 Supervisors tabled a proposed resolution to make Oktibbeha County a "Second Amendment sanctuary" after discussion made it clear that there would be no majority vote.

District 4 resident Scott Ivy presented a resolution that would shield the county from possible future state or federal restrictions on firearm ownership and access. The resolution states the county would use any "legal means at its disposal" to protect the Constitutional right to keep and bear arms, "including through legal action, the power to appropriate public funds, the right to petition for redress of grievances, and the power to direct the law enforcement and employees of (the) County to not enforce any unconstitutional law."

District 2 Supervisor Orlando Trainer was absent, and the rest of the board voted to revive the discussion at the March 16 meeting with all five supervisors present. District 3 Supervisor Marvell Howard and District 5 Supervisor Joe Williams spoke against the resolution, while Bricklee Miller of District 4 and Board President John Montgomery of District 1 spoke in favor.

Williams said he was uncomfortable with local government attempting to supersede state or federal law.

"When the Second Amendment was implemented by the forefathers (of the U.S.), they had no intention that people would be carrying assault weapons around and shooting children in school systems," Williams said.

Ivy said he fears that gun control laws could take away his ability to defend himself if someone breaks into his house, and Montgomery agreed.

"I want to try to do everything I can to represent law-abiding citizens," Montgomery said. "If somebody's got a gun on their side, usually that's the guy that you've got to worry the least about."

Howard disagreed, citing mass shootings and the specific firearms involved in them.

The nationwide "sanctuary county" movement started in January after the Virginia state legislature advanced several gun-control bills, including expanded background checks, restrictions on gun purchases per month and required reporting of lost or stolen guns to the police. At least one county in a total of 35 states has adopted the resolution, including the entire states of Alaska, Idaho, Kansas and Wyoming.

The supervisors in 20 Mississippi counties have passed the resolution, most recently Choctaw, Neshoba, Pearl River and Simpson on Monday. Alcorn, DeSoto and Lawrence counties were the first to pass it on Jan. 21. A measure that would apply to the entire state is moving through the Mississippi House of Representatives.

So far none of the counties presented with the resolution have voted against it, but Trainer previously told The Dispatch that he saw no need for Oktibbeha County to pass the resolution since there are no current obstacles to the Second Amendment in Mississippi and since the state might pass its own resolution.

The Oktibbeha County Youth Court handled more than 300 cases of alleged abuse or neglect from the county's Department of Child Protection Services in 2019, court referee Lydia Quarles reported to the board Monday.

Quarles asked the board to add $10,000 to the youth court budget with the possibility of receiving $6,000 back by the end of 2020. The Mississippi Supreme Court chose Oktibbeha County to participate in a pilot program that would provide legal representation for parents whose children are in CPS custody.

Attorneys serve as mediators between parents and CPS, Quarles said.

"When your child is taken from you, you see (CPS) as your enemy," she said. "You're not caring very much about what you're dealing with."

The $6,000 would match a grant of the same amount that the Mississippi Supreme Court received from the nonprofit Annie E. Casey Foundation focused on children's wellbeing. The Casey Foundation found that parents with representation are 66 percent more likely to get their children back from CPS and the foster care system, Quarles said.

Parent representation will become mandatory statewide in 2021, but Quarles encouraged the board to approve an early start for Oktibbeha County. Clay County CPS declined to participate in the pilot program, but Lowndes County CPS accepted, she said.

The board voted unanimously to take Quarles' funding request under advisement, discuss funding options with County Administrator Emily Garrard and revisit the discussion at a later meeting.

The board allocated $117,600 to the youth court in the fiscal year 2020 budget that passed in September, but the court has already gone over budget by sending children to juvenile detention for gun-related crimes, Quarles said. It costs the county $150 per day to keep a child in the juvenile detention center in Lowndes County and $175 per day in Rankin County, not including transportation costs, she said.

More than 200 misdemeanor or felony charges against children under 18 years old came to youth court in 2019, and most of them involved guns, Quarles said. Even so, she estimated that she sends less than 5 percent of children with guns to juvenile detention -- "just the ones who might kill somebody or themselves," she said.