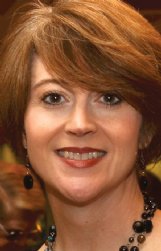 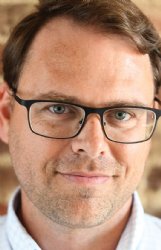 In the dismissal order, the Ethics Commission cites that by compelling EMCC to release the videos under state public records law, it would potentially expose the school to further violations of federal copyright law. Federal law, the ruling held, supersedes state law.

The Dispatch requested copies of three years' worth (2016-18) of the videos, which were shown to the football team in a closed setting the night before each of their games, after Lowndes County Supervisor Leroy Brooks alleged in a public meeting they contained inappropriate material.

In statements to The Dispatch, EMCC officials, including President Scott Alsobrooks, admitted the videos not only violated the college's acceptable use policy but also federal copyright law.

Through 2017, EMCC employees produced the videos -- which were compilations of music videos, scenes from movies and television shows, and actual highlights from EMCC football games. But in 2018, the school contracted the work to multiple third parties whom it paid as much as $3,000, according to records EMCC provided The Dispatch. The videos contained violent lyrics, graphic language, sexually suggestive content and some depicted acts of violence.

There were no such hype videos produced for the 2019 season, Alsobrooks previously told The Dispatch.

After receiving the request for copies of the videos, EMCC officials allowed three reporters from The Dispatch to view them and take notes on their content at the law office of Michelle Easterling, EMCC's attorney, in West Point. The Dispatch again pressed to obtain copies of the videos, with Publisher Peter Imes agreeing in principle to sign a written agreement not to publish or distribute the videos to the newspaper's website or social media accounts.

Easterling drafted a non-disclosure agreement for Imes that included additional conditions and restrictions regarding how the newspaper could report the content of the videos, which he refused to sign. At that point, The Dispatch appealed to the Ethics Commission to rule on whether the records should be released.

The Ethics Commission dismissal order grants that the videos, since they were produced in some cases by state employees as a function of the school's football program, are public records. However, since EMCC allowed reporters to view the videos, there was no reason to expose the school to greater copyright infringement liability by producing and providing copies.

Without signing a non-disclosure agreement, The Dispatch held no liability in posting the videos as part of reporting a newsworthy issue because it would qualify under a "fair use" defense, EMCC argues in its response to the complaint.

"Faced with a conflict between state and federal statutes, EMCC acted in good faith to comply with the spirit and letter of the Public Records Act by allowing access to the records while avoiding a potentially serious violation of federal statute," the commission's dismissal order reads. "In declining to produce copies of the records without a non-disclosure agreement, EMCC did not violate the Public Records Act."

"We appreciate EMCC's efforts to allow our reporters to view the videos," Imes said. "When reporting a story like this, we ideally have the source material in hand, so that was our goal. We had no intention of publishing the videos in any form, but the NDA received from EMCC opened the paper up to significant liability."

The Dispatch could not reach Easterling or Alsobrooks by press time.