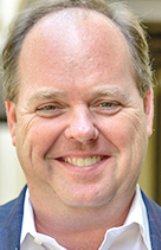 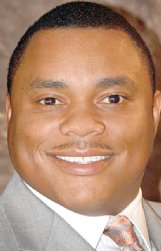 Columbus Light and Water will not disconnect customers or charge late fees for its services until further notice, the utility's board voted Thursday.

That resolution came in conjunction with a state of emergency CLW declared amid the global COVID-19 novel coronavirus pandemic, and it indefinitely extends General Manager Todd Gale's proclamation issued earlier this week that those measures would be in place through March 30.

Gale said CLW staff is encouraging customers to continue to pay their bills in full or in a timely manner, or at least pay what they can along. Those who use the undefined grace period as a justification to pay nothing, he said, will still owe the full amount for their usage after the emergency ends.

"I can't stress enough ... this does not mean people need to quit paying their bills," Gale told the board members, all of whom joined the meeting via teleconference. "At some point when this is over ... these bills are going to need to be paid."

Board member Jabari Edwards pressed Gale on that point, especially the prospect of hitting customers who might be laid off from their jobs during the crisis with a huge utility bill just as they're starting to get a paycheck again. He used restaurant workers as an example.

"My concern is putting any undue stress on people once things go back to normal," Edwards said.

Gale said he could see CLW working with those customers on payment plans to catch up incrementally, but forgiving payments outright would eventually cripple the utility.

"If this thing (the pandemic) keeps going on for a long period of time, we've got to get money from somewhere or we'll run out of money," Gale told Edwards.

Edwards asked if there might be any federal or state disaster relief available to utilities for unpaid bills. That way qualifying customers could file hardships with CLW for accrued bills during the emergency and have that debt written off.

In an interview with The Dispatch after the meeting, Gale said he didn't think that would happen.

"On something this big, I just don't see the federal (or state) government doing a hardship deal where they pay people's utility bills," Gale said. "It will be up to us to sit down with our customers and work out a payment plan.

"(Tennessee Valley Authority) still bills us and we still have to pay them," he added, referring to the utility's power supplier. "We can only go so long until they don't let us run on credit."

Northern District Public Service Commissioner Brandon Presley announced Wednesday the commission had issued an order prohibiting any utilities, even those not under PSC jurisdiction, from cutting off services to customers for 60 days.

Typically, PSC has jurisdiction over rural co-ops and none over municipal utilities with no rural customers, such as CLW.

While CLW's resolution Thursday would ostensibly fall in line with PSC's order, Gale said the utility would take its cues from TVA.

"TVA is our regulator," he said. "The Public Service Commission is not."

In other business Thursday, Gale told the CLW board the lobby of the utility's headquarters on Fifth Street had been closed to the public, and customers had been using the drive-thru and remote options to pay bills or conduct other CLW business.

Kiosk fees have been waived for those using kiosks located throughout the city to pay their bills. By law, however, Gale said CLW could not waive the credit card fees associated with those charges.

Linemen and other CLW employees are rotating on shifts with fewer coworkers to help prevent the spread of COVID-19, Gale said.

State legislation passed this week ensures all CLW employees -- along with teachers and other governmental workers -- will receive their full pay during the statewide emergency declaration regardless of how often they work, board attorney Jeff Smith said Thursday.

The utility has plenty of inventory to weather the crisis "as long as we don't get hit with a big storm," Gale said. And if the COVID-19 emergency is compounded with another, or if several employees fall ill at once, he said separate standing contracts with third parties for water/sewer (Perma Corporation) and electric (MDR) should provide the extra manpower and equipment CLW would require.