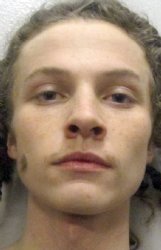 Officers with Lowndes County Sheriff's Office and Columbus Police Department respond to the scene of an officer-involved shooting along a stretch of railroad tracks near the intersection of Waterworks Road and 22nd Street North early Wednesday morning. Mississippi Bureau of Investigation is investigating the shooting.
Photo by: Isabelle Altman/Dispatch Staff

Authorities have released further details on an officer-involved shooting that resulted in the death of a 19-year-old in north Columbus Wednesday morning.

Area law enforcement officers shot and killed Hines near the intersection of Strawberry Street and 22nd Street North shortly before 8 a.m. following a pursuit by law enforcement, according to Columbus Police Chief Fred Shelton, who held an online press conference Wednesday afternoon on behalf of both Columbus Police Department and Lowndes County Sheriff's Office. A press release issued Thursday by Lowndes County Sheriff's Office, which also had officers at the scene, said Hines was armed and pointed a weapon a deputy.

While Shelton noted he was limited on what details he could release, he said Hines was the driver of a pickup reported stolen within the city. The chase began when LCSO deputies spotted the vehicle and attempted to pull Hines over, and Hines did not yield to law enforcement. Several CPD officers also became involved in the chase.

Shelton said Hines struck several other vehicles throughout the pursuit, which ended when he crashed the pickup. He exited the vehicle and attempted to get into a law enforcement vehicle. Officers shot him after he left the pickup.

An LCSO press release issued Thursday indicated Hines was armed and pointed a weapon at a deputy.

Shelton said he could not release whether it was CPD officers, LCSO officers or both who fired shots at Hines, but confirmed one CPD officer is on paid administrative leave.

The press release from LCSO said three deputies are also on administrative leave.

Agents with Mississippi Bureau of Investigation are handling the case. MBI representatives did not release any information on the case by press time.

Shelton said in addition to Hines, there were two women in the stolen pickup, whom MBI questioned.

No officers or other civilians were harmed in the chase or the shooting, Shelton said.

Hines was arrested in February for several charges, including assault on a law enforcement officer and felony taking of a motor vehicle, according to previous reporting by The Dispatch. His body has been sent to the State Crime Lab in Jackson.