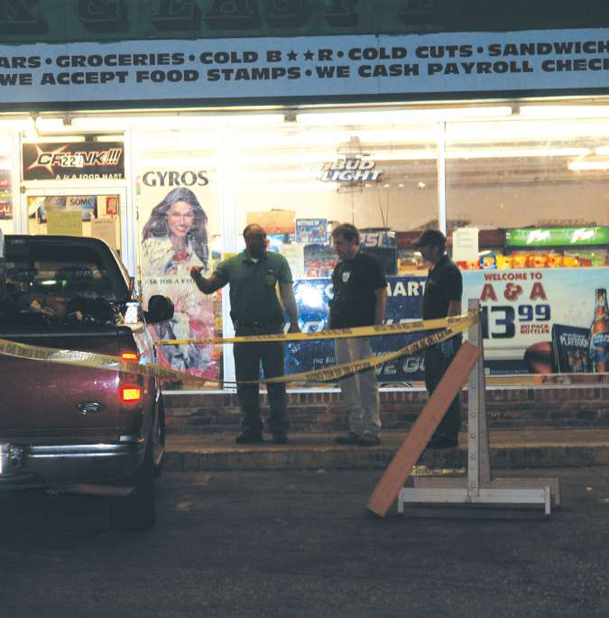 From left, Columbus Police Lt. Selvain McQueen, and officers Austin Shepherd and Bill Smith from the city Crime Lab, investigate the crime scene at the convenience store off North McCrary Road after a attempted robbery and shooting. Photo by: Luisa Porter

COLUMBUS -- An East Columbus convenience store owner was in critical but stable condition late Sunday after he exchanged bullets with two robbers Saturday.

Songer said police are unsure what led to the shooting, but have determined that one man shot the store owner, whose identity has not been released, in the side.

As the robbers ran from the store, the victim grabbed a handgun and returned fire, hitting one man in the face.

The men, who fled the scene in a vehicle, were arrested in West Point by city police soon after the shooting.

Quinton Latrance Erby, 20, of 29 Christopher Drive, was charged with armed robbery. The injured suspect was taken to the Jackson Medical Center in critical condition.

The victim was taken to Baptist Memorial Hospital-Golden Triangle in critical condition. He has not been able to make a statement to police yet, Songer said.