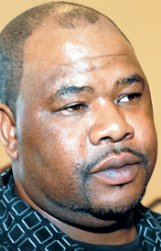 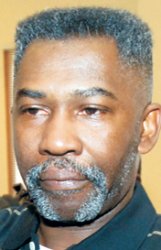 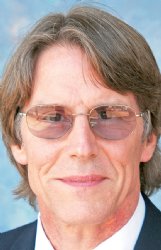 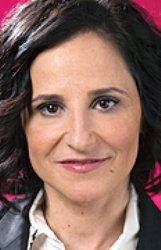 On Feb. 15, 2008, sitting in a Noxubee County courtroom packed with attorneys, law enforcement, reporters and community members, Judge Lee Howard told Kennedy Brewer -- who had been in prison for 15 years -- that he was free.

Brewer had been convicted of capital murder and sentenced to death for the murder of 3-year-old Christine Jackson, the daughter of his then-girlfriend, in 1995. But in the mid-2000s, DNA evidence found on Jackson's body implicated another suspect in the crime.

"I was happy," Brewer said of the order that released him from prison. "I was ready to go."

That moment in the courthouse is now immortalized in the newly released Netflix documentary, "The Innocence Files," which tells the story of New York-based organization Innocence Project.

During his imprisonment, Brewer wrote to lawyers at Innocence Project, who took on his case along with the case of Levon Brooks, another Noxubee County man wrongfully convicted for the murder of a 3-year-old girl. The victim in Brooks' case, Courtney Smith, died in 1990, less than two years before Jackson. During both Brooks' and Brewer's trials, the state's primary evidence was bite-mark analysis, which Forrest County forensic odontologist Dr. Michael West said he could use to prove the men had bitten their respective victims shortly before the girls' deaths.

Innocence Project lawyers noticed similarities between the cases -- both girls had been taken from their homes, assaulted, killed and left in bodies of water -- and theorized they must have had the same killer. DNA evidence from Jackson's body was found to match another man, Justin Johnson, who confessed to the murders in 2008, helping lead to Brewer's and Brooks' exonerations.

The Brooks and Brewer cases have gained national attention over the last decade and become the subject of articles, books and documentaries. According to "The Innocence Files," it also launched Innocence Project's interest in re-opening and overturning cases where the primary evidence used was forensic bite-mark analysis and other forms of unreliable evidence.

"We really did see it as defending Kennedy and also defending science," said Innocence Project Director of Post-Conviction Litigation Vanessa Potkin. "Here was DNA that had shown that he was not the perpetrator of the crime, and in spite of this scientific evidence the District Attorney's Office wanted to proceed with retrying him based on far less reliable ... bite-mark comparisons."Â

'All they're looking for is sound bites'

Brewer, who Netflix producers interviewed for the documentary about two years ago, said he's seen "The Innocence Files" and liked it, especially since so many people had reached out to him about it.

The Noxubee County murder cases are the focus of the first two episodes of the nine-part limited series, which became available to stream on Netflix last week.

"I've heard from all kinds of people," he said. "... They were saying it was a good show, and they enjoyed watching it."

Not everyone agrees. Former District Attorney Forrest Allgood of Columbus, who prosecuted both Brooks' and Brewer's cases in the 1990s, said he is skeptical of most media attention the defendants' stories have received and of reporters who have talked to him about the cases -- including "The Innocence Files" producer, Nick Capote, who reached out to him about two years ago.

Allgood, who served as DA for Lowndes, Oktibbeha, Clay and Noxubee counties through 2015, said he has not seen the new documentary.

"I've had a lot of people tell me I was portrayed very unflatteringly," he said.

Allgood said he doesn't remember the cases in much detail because they were so long ago, but he would not have prosecuted them unless he believed Brooks and Brewer to be guilty.

He added he feels Capote -- and others who have written books or documentaries on the cases -- have already known what they planned to say when they reached out to him.

"All they're looking for is sound bites," he said.

Allgood said he declined to be interviewed on camera, so his appearances on "The Innocence Files" are all from previous footage. However, Capote and Allgood exchanged several emails, during which Allgood answered questions about forensic evidence and media attention on criminal trials.

"I suppose the most glaring omission from the narrative has been the context," Allgood says in one of the emails, which he shared with The Dispatch. "At the time of these trials, the law looked askance upon DNA evidence. Special hearings had to be held to determine if you could even get it in; and the science itself was in its infancy in some respects. ... Of course, no DNA was available in either trial; but it gives you an idea of the state of the world at that time.

"Forensic odontology, however, was in its halcyon," he continues. "One of the most notorious serial killers in America, Ted Bundy, had been convicted by forensic odontology. Dr. Michael West was one of its foremost practitioners. He had lectured in China and London, not to mention domestically; and testified all over the country."

In footage shown in the documentary, Allgood said that just because DNA evidence found on Jackson's body was not Brewer's does not mean Brewer was not involved in the case. Since Jackson disappeared from her own home, Allgood said he was skeptical that Brewer, who was in the house at the time, did not have something to do with Jackson's death, though Innocence Project investigators examining the house in the early 2000s said they felt it would have been easy for an outsider to reach through the window and take Jackson out of her bed.

Allgood also points out in his emails to Capote that bite-mark evidence was not the only evidence investigators had in either case. At Brooks' trial, the victim's 7-year-old sister testified she had seen Brooks in the house, and there was circumstantial evidence in Brewer's case. This evidence, which he says has been "shunted aside" in media portrayals, was all presented to jurors, who made the final decisions.

He adds no system is perfect, but the public "fanned by the flames of the media" demands perfection.

The documentary does feature interviews with members of the juries -- including the foreman in the Brooks trial, who had known Brooks his whole life -- and West.

"'The Innocence Files' is an Innocence Project project," West told The Dispatch on Friday. "It's their propaganda. It's not really the truth."

West's practice has come under criticism since Brooks' and Brewer's exonerations, with multiple dental experts -- including forensic odontologist Dr. Richard Souviron, whose testimony was key in Ted Bundy's trial -- decrying his methods.

In the documentary, Souviron says West was "110 percent wrong" by comparing dental molds directly to wounds on bodies, which he said causes new marks on the bodies, and by claiming certain marks to have been caused by only the top teeth instead of top and bottom. West replies in the documentary that Souviron "has a problem with reality."

Innocence Project lawyers also said they created similar markings to what West claimed were human bite-marks on the cadaver of a stillborn pig they left in water for crawfish to nibble on.

"Basically there was no other credible evidence to indicate that they had any involvement," Potkin said. "Their convictions rested almost entirely on evidence that we knew was extraordinarily unreliable."

West told The Dispatch he agreed to interview for the documentary because he wanted people to know "the truth."

"Expose the Innocence Project for the frauds they are," he said. "To give examples of how they twist and distort facts and evidence."

'They made a mistake'

Potkin said she hopes those watching learn to question what they're told.

"People who are home watching the Netflix series right now are going to be tomorrow's jurors," she said "...We want them to not just accept (something) as reliable evidence because somebody comes in and declares to be an expert witness. (That) doesn't necessarily mean that the evidence is reliable."

Though Brooks died two years ago, his friend Mary Kay Jones told The Dispatch "he would have loved" the documentary. Jones is planning to show it toÂ Brooks' elderly father.

"(Brooks) always told them, 'I am innocent,'" Jones said. "...'I would never hurt somebody's child because I have a child of my own.'"

Brewer said he's happy at the thought of people learning his story and understanding that the justice system isn't perfect.

"They made a mistake," he said.